View all posts from Chandrama Anderson

Uploaded: Jan 26, 2018
It’s been three years since mom died. I still miss her very much. I also feel her love for me and mine for her in my heart so strongly that it transcends her whereabouts. The love just is. It’s incredibly comforting to me.

1990, many years before she was my mother-in-law, she advised me as a young woman about my career. I wanted a promotion from retail to corporate sales in the computer industry. She told me to go buy a suit and approach management already dressed for the new role. I did. I remember it was a teal blue skirt suit. I felt powerful and prepared. And successful. The promotion was granted. And my career flourished from there. I went to Apple, then became the first online manager at IDG books For Dummies series, then to the Stanford Alumni Association, and next to a start up that went bust after I helped them raise $19 million.

I had a change of heart, and career, after so many deaths and miscarriages in my family. I became a licensed marriage and family therapist. Mom had been a social worker. She gave me such understanding and support while I was studying for my board exams. I remember Thanksgiving 2007; Mom was reading a few of the practice exam questions while I was studying. She put her hand on my shoulder and said “Oh sweetheart, I’m so sorry.“ Just having mom understand what I was going through, and how difficult the exam intentionally was helped me immensely. I took the exam and was licensed in early December.

Mostly mom and I just hung out and talked over the years. One Thanksgiving we went to Mineral, CA with Mom and her beau. We took our dog. 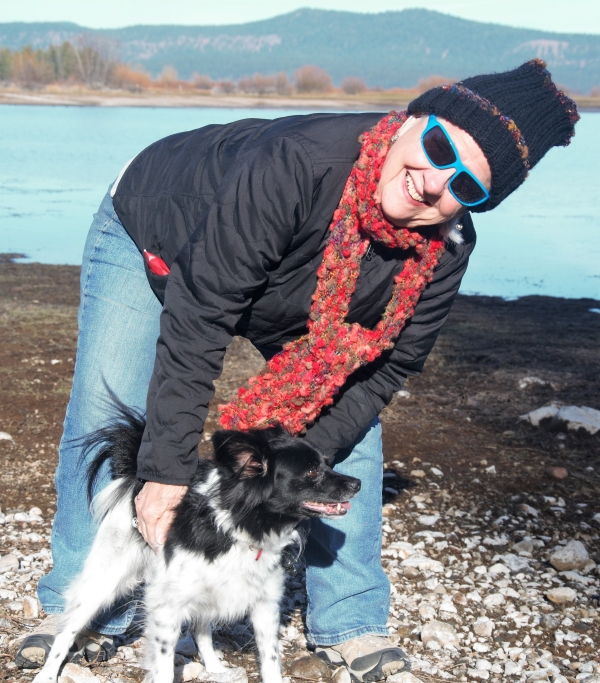 It was completely relaxing and beautiful. We planned a vacation together and she was thinking of bailing. I told her I really wanted her to go. I’m so glad I did because it was the last one before she got cancer. We had a great time in Bend, Oregon. It was super hot that week so we would sit in the pool and talk or read our books, or go out to lunch by the river.

We heard and saw each other. We appreciated one another. There were a million small acts of love and kindness that live on inside me.

I was the one who told her that she was terminal. I was the one who went over what she wanted for her remains and memorial service. I was her power of attorney for healthcare. I was her advocate. Her beau was there for her, too. He was with her to the very end, everyday. We still see him periodically. The whole family was there for mom, too, even though they live out of state. Mom was loved well.

She hated anything to do with getting older. She had fallen in her shower, which didn’t have a grab bar, and broken her wrist. My husband and I went to her home in Berkeley so he could install grab bars. She didn’t want them, she didn’t want to be old, and she was having a hissy fit including stamping her foot. I gently took her hand and said, “Mom let’s go wash your hair.” I took her to the kitchen, got her shampoo and a towel and ever so gently washed her hair, massaged her scalp and sent as much love into my actions as I could. I felt her relax and give in.

Mom was so smart (a Wellesley girl). She was engaged in the world. She volunteered for a few places including helping homeless teens in Berkeley. She loved art museums, and was a lifelong learner taking classes right up until she was too sick to go. Mom also loved to travel. Her last big trip was to Russia and Sweden with her beau. When she was near the end of her life I would sit with her on her bed, reading Mary Oliver poems to her. Mom would close her eyes, listening.

Her last words to me were, “How are you doing, sweetheart?“

Martha Dogood is a registered user.


Very sweet. Thanks for sharing your touching story, and sorry for your loss. It reminds all of us to spend as much time as possible with our loved ones, and show them how we love them. I lost my father 3 years ago and feel the same regarding how his love for me is still with me, which is very comforting.


Hi Martha, I'm sure you do miss your dad. And I'm glad you carry that love with you.

Report Objectionable Content
Posted by Old teacher, a resident of Community Center,
on Jan 31, 2018 at 12:27 pm
Old teacher is a registered user.


Thanks so much for that essay; it reminds me of how precious each moment is.


Thanks Old Teacher and Pat for remembering and cherishing.

Report Objectionable Content
Posted by David Verns, a resident of Barron Park,
on Feb 5, 2018 at 2:22 pm
David Verns is a registered user.


Thank you for this touching article and memory.