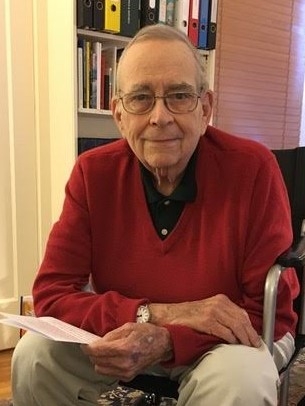 Ovenshine, a retired geologist for the United States Geological Survey, lived in Palo Alto from 1965-1980 and 1995-2018. He followed Stanford sports, frequented The Oasis in Menlo Park and spent free time enjoying the Sierra Nevada at his second home in Graeagle.

Ovenshine was born March 25, 1936, the son of the late Eugene Ovenshine and Ruth Crago Ovenshine of Rockville Centre, New York.

After receiving his doctorate, Ovenshine accepted a field geologist's position with the USGS in Menlo Park, in the Alaska branch. Ovenshine spent summers in Alaska researching the geological effect of earthquakes and glaciers. In 1976, at the age of 39, the USGS named Ovenshine Alaska branch chief.

In 1980, Ovenshine transferred to the USGS headquarters in Reston, Virginia, where he headed the survey's international geology division. He traveled to Japan and China and the Middle East promoting the importance of geology.

After retirement, Ovenshine dedicated time to his family. He supported his grandchildren's college tuition and offered advice on career direction, directing one grandson into the field of economics.

Ovenshine's influence on his family was such that adult son John Ovenshine named his Brittany "Mallet" as a tribute to his father and the yellow-handled geological hammer he carried in the field for 20 years. Ovenshine liked Yosemite, reading, old movies, a good burger and science. One of his favorite sayings was, "Intelligent design is neither."

Friends described Ovenshine as always the gentleman and very funny. His holiday letters were true classics. He did not "change with the times." For 60 years, his favorite shirt was a blue button-down oxford cloth. 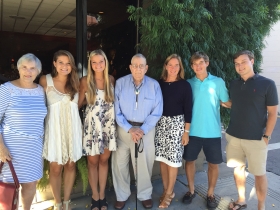 Remembrances
9 entries Submit a remembrance
From henry berg
June 25, 2018
For this memorial, I started out to compile a list of my most salient memories of Tom Ovenshine, but when it passed two dozen, I decided that Tom would say, "Alright Berg, knock it off, already." Okay, Tom, How about I just say that I will remember...
Read more
Video
Upload a video