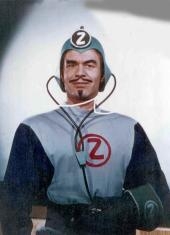 Roy Steffenson, a pioneer of the television industry, passed away peacefully in his Woodland Hills home with his loving daughters at his side.

Roy was born in Palo Alto, Calif., to a family with roots in show business. As a child he was the instigator of numerous backyard plays and in high school he wrote and starred in a production that featured a 20-foot rocket ship to the moon which rose into the air amid flash powder effects as the whole Palo Alto High football team manned ropes backstage.

While studying architecture at the new UCLA Westwood campus, Roy accepted a job at 20th Century Fox studios creating miniatures for the 1937 Oscar winning film "In Old Chicago." With a studio job paying an amazing salary of $75/week, Roy was able to wed his sweetheart Kim, a marriage that lasted nearly 75 years.

Together they lived merry actors' lives, working with the Beachwood Players in L.A. and with a stock company in Palm Springs. During World War II, Roy's design talents were utilized to create elaborate camouflage arrays to protect defense plants in the southland and later he returned to Palo Alto to spend the rest of the war contributing to the design and construction of ships.

Living in postwar San Francisco, Roy and Kim formed a musical comedy troupe and while performing in Portsmouth Square were discovered by newly created KRON-TV. Roy delighted Bay Area children for seven years as the official KRON-TV Santa Claus during the holiday season and introduced his friend Captain Z-Ro and his two-way television that enabled Santa to "see" the excited children as they viewed him.

Roy then launched Captain Z-Ro as a weekly program on KRON and became an intrepid time traveler, making history come alive by visiting a variety of historical events, educating children and giving Kim the opportunity to play a number of female characters. A true pioneer of early TV, Captain Z-Ro was a local sensation for three years, comprising 150 shows performed live with only two cameras. The 15-minute show was also broadcast in Los Angeles and in 1954 was picked up for national syndication and expanded to a 30-minute format. Many of the concepts that have become standard fare of science fiction -- time travel, materialization and language translators -- were introduced on Captain Z-Ro. The show was hailed for being both educational and entertaining, applauded by adults and teenagers as well as children.

Roy and Kim moved to Los Angeles to pursue show business opportunities and raise their children. Working as an architect for Walter Becket, Roy contributed to the design of Century City and continued his career at Universal Studios as a set designer and art director for numerous film and television projects.

Roy was a renaissance man, with many interests and talents. He was gifted mechanically and preferred to fix anything rather than replace it -- his 55 T-Bird became a lifelong project. A natural raconteur, he would spin droll tales and endlessly entertain. He sang, he danced, he drew, he wrote. He had a zest for life and a twinkle in his eye.

Above all else, Roy loved his family and they adored him back.

Captain Z-RO has blasted off for further adventures in time and space! 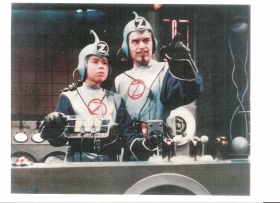 Remembrances
2 entries Submit a remembrance
From Susie Napper
Oct. 3, 2012
Here they are in time and space again!
About this site     Contact us