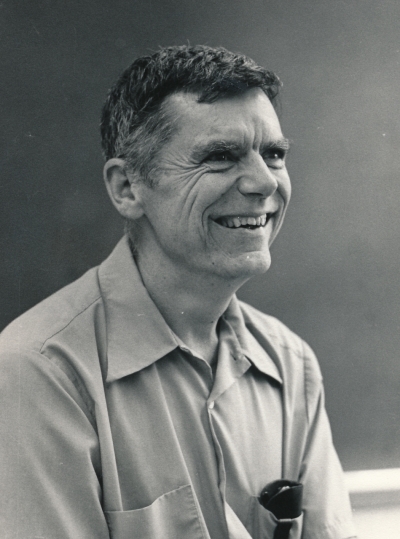 Professor Philip G. Hodge Jr., member of the National Academy of Engineering and recipient of numerous awards in his field, died peacefully on Nov. 11, 2014 in Sunnyvale, California, with his daughter and granddaughter by his side. Professor Hodge was a key contributor to plasticity theory and published five books on the subject, several of which were translated into other languages. His research resulted in significant advancements in plasticity theory including developments in the method of characteristics, limit-analysis, piecewise linear isotropic plasticity and nonlinear programming applications. He was an enthusiastic gardener, an amateur genealogist, a backpacker and an avid marathon runner. At age 53 he climbed Mt. Ritter, and at 62 he placed 23rd in his age category in the Boston Marathon. He was a lifelong fan of live theater and an enthusiastic opera supporter, and he wrote opera reviews until the year he died.

Philip was born in New Haven, Connecticut, to Philip Gibson Hodge, a New York publisher and foreign service officer, and Muriel Miller Hodge. He received a B.A. in mathematics from Antioch College in 1943, where he met the love of his life, Thea E. Drell. They married in 1943 before he joined the U.S. Merchant Marine, where he served throughout World War II. Upon his return he earned a Ph.D. from Brown University in applied mathematics in 1949.

Professor Hodge was thesis director for 16 master's theses and 18 Ph.D. theses. He served on various committees of the American Society of Mechanical Engineers (ASME), and he was technical editor of ASME's Journal of Applied Mechanics from 1971 to 1976. He was the longest serving secretary of the U.S. National Committee of Theoretical and Applied Mechanics. He was elected to the National Academy of Engineering in 1977, and he received numerous prestigious awards: the ASME Worcester Reed Warner Medal in 1975, the American Academy of Mechanics Award for Distinguished Service in 1984, the Theodore von Karman Medal from the American Society of Civil Engineers in 1985, the Euler Medal of the USSR Academy of Sciences in 1983, the ASME Medal in 1987 and the ASME's Daniel C. Drucker Medal in 2000.

He was an avid outdoorsman who loved long family camping trips and solitary backpacking trips in the Sierra Nevada mountains. In Minnesota, he took up gardening enthusiastically, along with running marathons. On his third attempt to climb Mt. Ritter, in 1974, he reached the summit (13,500 feet). In both 1982 and 1983 he ran in and finished the Boston Marathon (the first time with a broken leg), and in 1982 he won the Twin Cities Marathon in his age category. After retirement, Thea and Philip relocated to Palo Alto, California. Here they joined the Unitarian Church, and Philip started a Thespian play-reading group in the church that is still going strong after 20 years. He also began writing opera reviews for the online Splash Magazines and enjoyed extensive travel. Philip and Thea had been married for 65 happy years when she died in 2008.

Photo Gallery
0 photos Upload a photo
Remembrances
0 entries Submit a remembrance
Memorial service
A memorial service will be held Sunday, Dec. 21, at 2 p.m. at the Unitarian Universalist Church of Palo Alto, 505 E. Charleston Road, Palo Alto.
Make a donation
In lieu of flowers, memorial donations may be made to West Bay Opera of Palo Alto or to the Unitarian Universalist Church of Palo Alto. Links: www.uucpa.org/giving/gifts.html; www.westbayopera.org/donate.html
About this site     Contact us