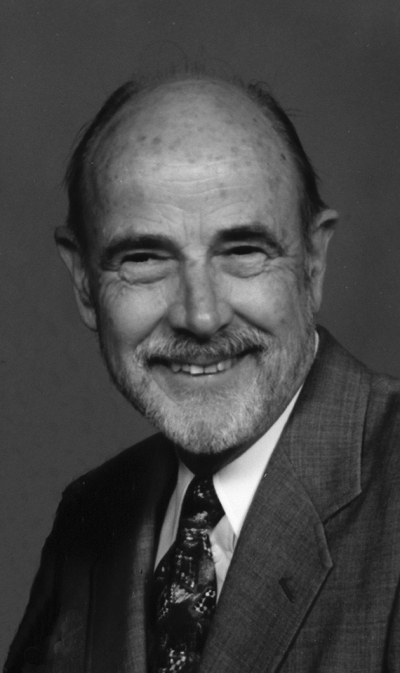 David R. Brown was a pioneer in the early computer industry, and was an integral part of the Massachusetts Institute of Technology leadership team that created Project Whirlwind, one of the first large-scale, high-speed computers.

Son of the late Gilbert and Blanche (Polly) Brown, David was born on Oct. 31, 1923, in Los Angeles, California. David's father was a newspaper reporter, critic and editor, and the family moved to Seattle when Gilbert took a job with the Seattle Post-Intelligencer. David attended Queen Anne High School and then the University of Washington, where he earned an electrical engineering degree and met his future wife, Sarah Jane (Sally) England. They were married in Seattle on Dec. 17, 1944.

During World War II, David worked on the development of torpedo systems.

In 1946, he began graduate studies at the Massachusetts Institute of Technology, where he earned a Master of Science degree. Enlisted by Jay Forrester to work on Project Whirlwind, David was placed in charge of Whirlwind's Electrical Engineering Division. He led the group which developed, built, and installed Project Whirlwind's ferrite magnetic core memory.

David subsequently worked on the SAGE computer defense system at MIT's Lincoln Laboratory, where he became the first manager of the Advanced Development Group. He went on to work for the MITRE Corporation.

In 1963, he joined SRI International in Menlo Park, California, as manager of the Computer Techniques Laboratory and later as head of the Information Science Laboratory. He did early work on artificial intelligence and robotics, and is the author or co-author of many technical articles on computers and robotics.

His work at SRI took him to Japan, Italy and Iran, and he moved for two years (1976-1978) to Washington, D.C., where he served on the President's Science Commission. On Sept. 17, 2015, he was inducted into the SRI International Hall of Fame "for exceptional contributions to the enduring success of SRI International."

He was nominated as a Life Fellow of the Institute of Electrical and Electronics Engineers for "leadership in the development of digital-computer components and the design and operation of large-scale information processing systems."

He was often described as kind, patient, gentle and always fair. He had a great sense of humor and liked telling stories.

David enjoyed fixing cars and kept meticulous records of repairs and servicing that extended back decades. For many years, the family car was a British make called a Thames, and David loved the process of ordering auto parts all the way from England.

He was a master cabinet and furniture maker, having built beds and desks for all his children, as well as a large dining table and kitchen cabinets. He enjoyed opera, light opera, American folk music and the musicals of Andrew Lloyd Webber. He also had an interest in avant-garde electronic music.

David was passionate about genealogy and worked as a volunteer at the Menlo Park Family History Center.

He was an active member of the First Congregational Church of Palo Alto, serving for one year as clerk of the Governing Church Council. He was also moderator of the Santa Clara Association of the United Church of Christ. In the 1980s and 1990s, he served two terms as chair of Section A of the Committee on the Ministry, which oversees the education and ordination of UCC seminarians in the Northern California/Nevada Conference.

With his wife Sally, he co-wrote "A Biography of Mrs. Marty Mann: The First Lady of Alcoholics Anonymous" (Hazelden, 2001). David handled most of the research.

Above all, David loved his family: his wife, Sally; his children, Ann, Polly, Ellen and Philip; his granddaughter, Lisa; daughter-in-law, Karin; and sons-in-law, Chuck and Bill. Nothing brought him greater joy than to spend time with them.

David passed away at the Stanford Hospital Hospice Unit on April 16, 2016, with family members by his side and eyes open until the last, gazing at his wife's face that he'd first fallen in love with 71 years before.

Photo Gallery
0 photos Upload a photo
Remembrances
2 entries Submit a remembrance
From Gary L. Franks
May 11, 2016
I was sorry to learn of David's recent death. I remember connecting our Brown Family genealogies a number of years ago, and enjoyed reading his booklet "Brown & Burger family Letters". I could tell from our correspondence that he was a man of many ta...
Read more
Memorial service
A memorial service will be held at 3 p.m., Friday, May 13, 2016, at the First Congregational Church, 1985 Louis Road, Palo Alto.
About this site     Contact us