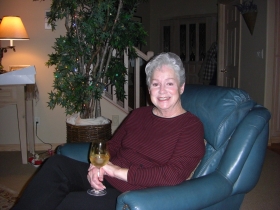 Mary Gilbert of Sunriver, Oregon died January 19th at age 83. Mary was born in St. Louis, MO to William & Muriel Cuthbertson. Mary attended Catholic schools in St. Louis before the family moved to New York where she completed high school. At the age of 16 and while living in New York, Mary joined the chorus line of the Roxyettes (associated with the Roxy Theater) touring extensively with the group. A few years later, the family moved to Palo Alto, CA. While living there Mary was selected “Miss Palo Alto” and at the same time met and later married John (Jack) Gilbert. Mary and Jack lived in Palo Alto raising their sons until 1992, when they retired and moved to the family’s beloved summer vacation destination, Sunriver Oregon.

Survivors include their two sons, Greg Gilbert of Redwood City, CA, and Mark Gilbert of Bend, OR, as well as daughter-in-law Kelly Gilbert and granddaughter Delaney Gilbert of South Lake Tahoe, CA and sister Carol Tiernan of Ashburn, VA.

The family asks that any memorial contributions be made to the Humane Society of Central Oregon.

The family will celebrate Mary’s life in Palo Alto in a private family gathering in the near future.