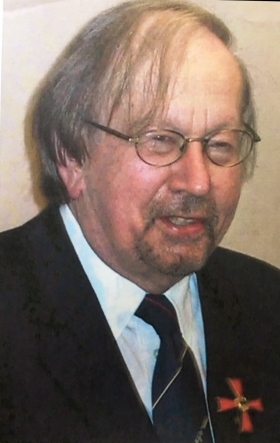 Emeritus Stanford University Professor of German Studies and Humanities Kurt Mueller-Vollmer passed away in his Palo Alto home on August 03, 2019 at the age of 91.

Born in Hamburg, Germany, on June 28, 1928, Kurt attended the University of Cologne where he focused on history, philosophy, German and Romance languages. In 1951-52 Kurt studied at the Sorbonne in Paris, France, and the Colegio de Santa Cruz in Valladolid in Spain.

Upon graduating from Cologne University in 1953, Kurt received a Fulbright Fellowship to attend Brown University in Providence, RI, where, under the guidance of the eminent historian of colonial America Edmund S. Morgan, Kurt received his Master’s Degree in American Studies.

From 1956 to 1958 Kurt received Ford Foundation support for study at Stanford University. Under the aegis of Professor Kurt F. Reinhardt, Kurt was awarded his Ph.D. in German Studies and Humanities in 1962.

Kurt’s teaching career at Stanford began as an instructor in German in 1958. After retirement in 1995 as Professor of German and Humanities, Kurt continued to publish, advise students, give lectures and hold seminars. Kurt also held guest professorships, seminars and lectures at various American and German universities including the University of California at Berkeley and the University of Goettingen, Germany.

Kurt’s scholarly work and extensive publications in English and German concentrate in the areas of hermeneutics, comparative literature, cultural transfer and translation, and the work of Wilhelm von Humboldt. Prefaced with an extensive introduction outlining hermeneutic thought since the Enlightenment, Kurt’s popular Hermeneutics Reader presents in translation principle texts of the modern hermeneutic tradition in the German language.

Applying “philological detective work,” Kurt was able to track down Wilhelm von Humboldt’s missing and otherwise little known manuscripts containing his studies of numerous languages around the world. In unearthing, cataloging and describing these manuscripts, Kurt made a contribution of historic importance to Humboldt scholarship. With the assistance of distinguished colleagues and the support of the Alexander von Humboldt foundation, Kurt then served as editor-in-chief for a series of volumes that evaluate Humboldt’s linguistic legacy in detail. (See Kurt’s online article on Wilhelm von Humboldt in the Stanford Encyclopedia of Philosophy -(https://plato.stanford.edu/entries/wilhelm-humboldt/).

Honors and recognition include the Commander's Cross of the Order of Merit of the Federal Republic of Germany in the year 2000 (Bundesverdienstkreuz 1. Klasse), the Wilhelm-von-Humboldt-Foundation Award in 2007 and diverse research grants.

By friends, colleagues and students Kurt will be remembered for his brilliance, wit, readiness to share jokes, classical and humorous poetry recited from memory, his newest “Dada” and other poems he loved to compose, imitation of dialects, and his latest discoveries of comedic sketches, videos, alpine folk music and nostalgic Hamburg seaman’s songs. He will also be remembered for relentlessly demanding the highest standards of scholarship and critical thinking, his kindness and generosity, his enthusiasm for life, and the fun and fulfillment he drew from his life that he shared with all.

Kurt is survived by his wife Patricia Ann, and sons Jan David and Tristan Matthias Mueller-Vollmer.