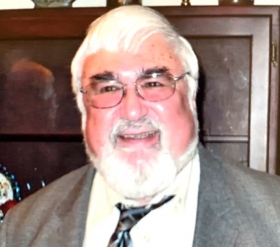 Dr. Kenneth Seeman, 80, passed away on Sunday, May 12, while on vacation in Los Angeles. Dr. Seeman was born in New York City to Michael and Laura Seeman (nee: Horowitz) on May 20, 1938. The original family name was Siegelbaum. His father worked in the garment industry and his mother was an accomplished pianist. He attended Music and Art High School, where he majored in cello, a passion he continued for the remainder of his life. He studied Philosophy and Pre-Med at Franklin and Marshall College, and Medical School at George Washington University in Washington DC. He married Karin Svanström of Sweden in 1961, and they had two children – Aaron, born 1966, and Rebecca, born 1969, both professional musicians. The family settled in Menlo Park, where Dr. Seeman developed a successful psychiatric practice and mentored psychiatry students at Stanford University. Dr. Seeman’s second marriage to Avital Agam in 2008 was a happy and fulfilling relationship until the end of his life. He continued to be dedicated to the things that made him happy to the very end – playing cello in chamber music ensembles, reading, travel, Jewish culture, and cultural activity such as theater, ballet, and classical concert attendance, all while continuing to see patients. He maintained close relationships with people he established friendships with throughout his life to the end.