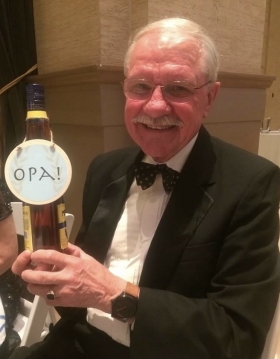 Karl J Poppenberg passed away on May 17, 2021 at his home in Woodside, CA. He had been diagnosed only weeks before with a brain tumor. Karl was born in Oelde Germany and also met his wife Heide in Germany before emigrating to the United States in 1969.

Karl was an engineer in the food processing industry first working for Westfalia Separator, a world wide company, in his hometown of Oelde, Germany, and later accepting the opportunity to work for GEA Westfalia Separator, a US subsidiary in New Jersey and California. He was an expert in his field of liquid food processing and remained in the industry until retirement in 2016. He especially enjoyed the craft beer brewing industry when it became popular in the United States and also was a home brewer.

Karl and his wife and three daughters moved to Woodside in 1983 because of their love for horses. He was an active member of the equestrian community including The Mounted Patrol of San Mateo County, The Shack Riders, The San Mateo Horsemen’s Association, and San Mateo County Parks Volunteers. Years ago he could be seen driving through Woodside with his horse and carriage, and he also competed in 3 day eventing carriage driving shows. He was a proud Dad and Grandpa at Woodside Vaulters, Woodside Junior Riders, and Woodside Pony Club.

Karl and Heide raised their three daughters in Woodside and enjoyed hosting many holidays, parties and bar-b-ques at their home. Karl was an excellent cook and made any visitors feel like family. He was the Mess Sergeant for many years at the Mounted Patrol, happily running the kitchen for large groups and at major events with a smile on his face.

At home he was Mr. Fix-it-all and taught his daughters and grandchildren how to use all of his tools in the garage. Other hobbies included flying glider airplanes in his youth in Germany, private pilot license in CA, waterskiing, snow skiing, camping and biking with the family.

He will be greatly missed by his wife of 53 years, Heide, and daughters, son-in-laws and grandchildren including Kathrin and Scott Dancer with Nicole and Patrick, Kerstin and Marc Spangner with Eric and Filip, and Krista and Erik Mack with Tilly and Cassidy, and also many close relatives in Germany. He was lovingly known as Opa by all of his grandchildren.