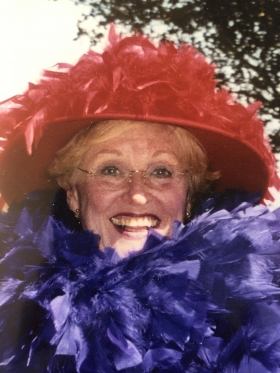 Hertha Elizabeth Harrington, nee Gauck, passed away May 17, 2021 in Burlingame, CA. She was born in Richmond, CA to F. Otto Gauck and Louisa W Gauck (nee Taenzer), both immigrants from Penzlin, Mecklenburg, Germany. Raised in Richmond and Berkeley, she was a graduate of Berkeley High School and the University of California, Berkeley. She had a Master of Criminology from UC Berkeley and attended classes at Stanford.

Married to the love of her life, Judge Walter H. Harrington, Jr. from 1974 until he passed away in 2012. They lived for many years in Woodside, CA. She was also predeceased by her sister, Margaret (Peggy) Harrison as well as her parents. She leaves behind step-daughters Stacey Harrington (Craig) and Sara Harrington, niece Cathy Durfee (Les), nephew Grant Harrison (Diane), great nieces Erin Durfee and Lauren Durfee, sister-in-law Judith Watkins, god daughter Cynthia Van Kleeck, as well as many friends who were like family to her.

Hertha served as a Probation Officer for the County of San Mateo, Juvenile Division from April 12, 1963 to March 28, 1989. She most recently lived in San Mateo at the Peninsula Regent.

Hertha was dedicated to preserving nature, serving as a board member for many years on the Committee for Green Foothills. She contributed to many causes supporting animals, and supporting women in the developing world.