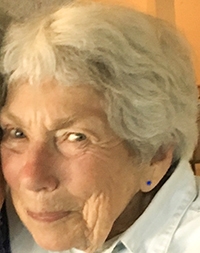 Dorothy Hassett, a longtime former Weekly employee, died on June 6. A fourth generation Californian, she was born in Modesto to Lester and Velma Smith on July 2, 1929, the second child of three. She attended Canoga Park High School in the San Fernando Valley, where her mom was a secretary and liberal activist and her dad was an itinerant farmer at first and then a home builder. She attended San Jose State University and remained in the Santa Clara Valley the rest of her life. She taught physical education at San Mateo High School and married Bob Hassett, who taught shop classes at Sunnyvale High School. The couple raised three children together: Sally, Allan and Carla. When the kids were in school, she took a job at the Los Altos Town Crier newspaper followed by two stints with the Palo Alto Weekly, starting in 1989 and ending in 2015. As a lifelong athlete, she was a fan of the San Francisco Giants, the San Francisco 49ers and the Golden State Warriors. Her husband developed dementia early, but she became an advocate and loyal part of his caregiving family at Sunnyside Gardens for over 10 years before he died. She was also predeceased by her daughter, Sally; her son, Allan; her older sister, Mary Lou; and her younger brother, Dale. She is survived by her daughter, Carla (Brian); three grandchildren; her sister-in-law, Nancy; and a host of nieces and nephews.

Grandma was my buddy, throughout my life we had so many sleepovers filled with Battleship and pillow fights. I miss you so much Gma, you were a big part of my life and im so glad I got to have you around for as long as I did. Jamie

Not a day goes by without thinking of you. I miss you so. You will forever be my hero. Love yews Mom, Me!