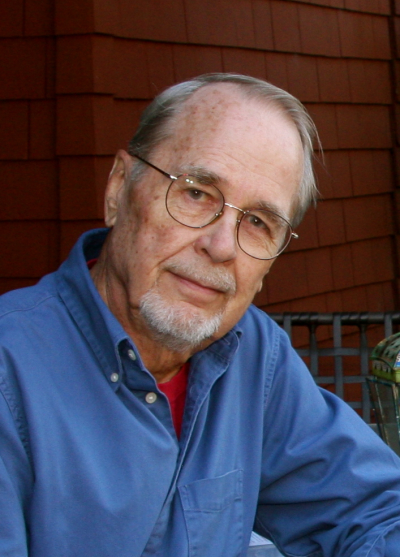 William Burl Blankenburg, professor emeritus of the University of Wisconsin-Madison School of Journalism, died Jan. 1 in Palo Alto, Calif., at the age of 90. In his nearly 30-year academic career at the UW, Prof. Blankenburg instructed thousands of undergraduate journalism students, advised countless master’s and Ph.D candidates, and published original research and books in the field of newspaper economics and the societal effects of mass media.

Bill was born Feb. 10, 1932, in Sioux Falls, S.D., to Beryl Irene (Caffrey) Blankenburg and Edmund Ferdinand Blankenburg, and grew up in nearby Beresford, S.D. Following his high-school graduation in 1950, he enrolled in South Dakota State University in Brookings. He suspended his studies in 1953 to enter the U.S. Army and served in Germany as a clerk in a unit of the Corps of Engineers before being honorably discharged as a Corporal and returning in 1955 to South Dakota. In 1951, while visiting the capitol building as a tourism photographer for the state Department of Transportation, he met Patricia Jane Porter, a local high-school senior working as a tour guide. The couple was married on August 16, 1956, in Pierre.

Bill and Pat moved to California in 1957, settling in the area that would soon become Silicon Valley. Bill found work as a photographer, reporter and editor at The Town Crier, the community newspaper in Los Altos, and enrolled at Stanford University, earning a master’s degree in mass communications in 1958. Pat worked as an administrative assistant at Hewlett-Packard until their son, Andrew, was born, in 1961. After earning his Ph.D from Stanford in 1968, the family relocated to Madison, where his teaching career would continue another 29 years and encompass every level of instruction within the UW School of Journalism. Many former students, including prominent journalists, remember Bill as their first editor.

After retiring in 1997, Bill and Pat relocated a final time to Los Altos in 1999. Shortly after Pat’s death in 2010, Bill moved to the Channing House retirement community in Palo Alto. Bill is survived by his son, Andrew Blankenburg, and daughter-in-law, Kathy Adelmann, of Clarendon Hills, Ill., and three grandchildren: Grace Blankenburg, of Chicago; Julia Blankenburg and Sam Blankenburg of Clarendon Hills.

Photo Gallery
0 photos Upload a photo
Remembrances
1 entry Submit a remembrance
From Lynn Mitchell
Jan. 18, 2023
Bill took excellent pictures of residents at Channing House. He took two of me to update a change in my appearance. I am unable to upload the flattering picture which did not show my eye problem. It was lovely to know him.1
Memorial service
A private memorial service will be held by the family.
Make a donation
Memorial contributions may be made in Bill (and Pat’s) name to the nonprofit musical organization they supported for decades: The Wisconsin Youth Symphony Orchestra, 17 Applegate Court, Suite 10, Madison, WI 53713. https://wysomusic.org/support/how-to-give/
About this site     Contact us