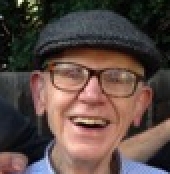 Timothy Kennedy, 93, a 44-year resident of Menlo Park, died October 24, 2019. He was born October 1, 1926, in Dublin, Ireland. He graduated from Queens University Belfast with a degree in philosophy. He moved to California in 1962 to study for the priesthood at St. John Seminary in Camarillo. He was ordained a priest in 1966 for the Archdiocese of Los Angeles and served for nine years in the Archdiocese. He met the love of his life, Sheila O'Connell, in 1972, and they were married in 1975. After moving to the Bay Area, he worked as a social worker with Children's Protective Services for the County of San Mateo until his retirement in 1993. He was an active member in his parish community, the Church of the Nativity, and served as a lector, Eucharistic minister, in the St. Vincent de Paul Society, and worked with people who were joining the church through the RCIA. Tim was a regular lector on the Catholic TV mass with his wife Sheila as well. Tim had a variety of interests, primarily family, as well as reading, gardening, and all things Ireland. Predeceased by his parents, Timothy and Bridget and brothers, Gerard and Cornelius and sister, Mary Josephine. He is survived by his wife Sheila, of Menlo Park; his 3 wonderful children; daughter, Maureen Anchondo of South San Francisco, son Tim Kennedy(Maria), of San Jose, and his son Pat Kennedy(Nikki), of San Jose. He also has eight lovely grandchildren, Kristen, Carmen, Cara, Kajsa,Cassie, Sofia, Isabella and Timothy. Tim's great smile, openness to everyone he met, and joy in living will be missed by all who loved him.

Photo Gallery
0 photos Upload a photo
Remembrances
0 entries Submit a remembrance
Memorial service
A prayer Vigil will be held on Monday, Nov. 4th at 7:00 p.m. and Funeral Mass on Tuesday, Nov. 5th at 11:00 a.m. Both services will be held at The Church of the Nativity at 210 Oak Grove Ave. Menlo Park
Make a donation
Memorial donations may be made to the Nativity St. Vincent de Paul Society 210 Oak Grove Ave. Menlo Park or The Catholic TV Mass, One Peter York Way, San Francisco, CA 94109
About this site     Contact us