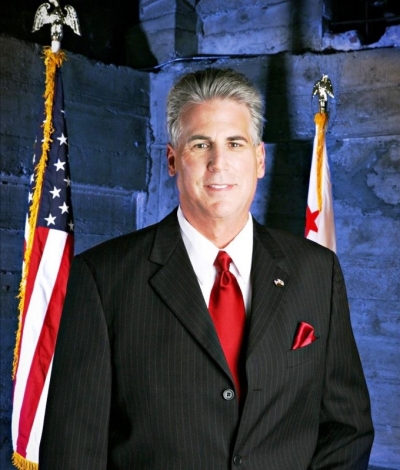 He died doing what he always did with no complaints, working at his desk at his office.

From the age of 10 years old Ted began to work as at his father’s restaurant Michael’s New England Seafood in Sunnyvale.

Earning his own money was a sense of pride for Ted and by the time he was 14 he earned enough money to buy his first car, a Mustang Mach 1 and a Husqvarna dirt motorcycle. Teddy was able to juggle academics, school sports, work and still have time for racing his car at Baylands raceway and motocross racing mostly with his cousin Keith. He earned several awards and trophies for all his sporting activity.

Ted graduated from the University of Pacific in Stockton with a degree in Economics. During his college years Ted learned to waterski; earning enough money by bar tendering at night he was able to buy a ski boat. He taught both his younger sisters to waterski and instilled in them a love for boating and life on the water. Together with his life long friend Phil, who was attending Chico State University, they would waterski until dusk and then go back to Ted’s apartment where he would cook an awesome pasta dinner.

After graduation he managed JR Chops restaurant in Santa Clara. He started his appraisal profession working for Bank of America for several years and eventually started his own appraisal and valuation service. While building his business he also worked as a building inspector for the City of Sunnyvale.

Martial Arts was also a large part of Ted’s life and he was promoted to 1st degree black belt in Shotrin-ryu karate under the tillage one of Chuck Norris’ Black Belt instructors. He continued to train under Hansi Dan Tosh at his dojo in Santa Clara and continued training in art of Shorin-ryu and Tang So Do.

Ted married Julie Zbasnik and from that union son’s Teddy III and Santino were born. Ted eventually divorced Julie and struggled at times to support his two young boys as a single father. Ted did whatever was needed to provide for his family, choosing to work long hours and days to afford private school for his children as education was utmost important to him.

Ted met Ella his current wife several years ago and although their union was brief their love for each other was immense.

Ted was an avid reader, an excellent cook and grill master, he loved to entertain and had an appreciation for fine wine, spirits, cigars, Rock and Roll and an occasional smoke from his corn cob pipe. He had a wonderful sense of humor and his wit was oftentimes unmatchable.

Everyone who knew Ted would say he was a man of integrity, a man of his word, a generous person who gave of his time, good advice on his subject matter expertise, always lent a helping hand when you needed it, and had overwhelming hospitality. And if you were lucky enough to be around him for a while, you’d eventually enjoy a good ole “belly laugh” at some of the things he said. In the last years of his life Ted was on a spiritual journey along with his sisters and cousin Keith. He recommitted himself to Jesus Christ, our Lord and Savior. Ted is so very missed yet we understand he is granted eternal life; we will see you on the other side our brother.

The family wishes to extend a huge thank you to friends Phil and Stacy Aubrey and Kerrie, Art and Tarah, Svitlana, Dennis, Dan and Shelley, Sherri and staff at Colonial Mortuary for their love and support during this incredibly difficult time.

Photo Gallery
0 photos Upload a photo
Remembrances
0 entries Submit a remembrance
Memorial service
In light of the Wuhan virus a celebration of life for Ted will be held in Santa Clara in February 2021.
Make a donation
If you wish to honor Ted with a donation, an education fund for Teddy and Santino’s is at Bank of the West, Meridian Idaho. Please contact Laura.
About this site     Contact us