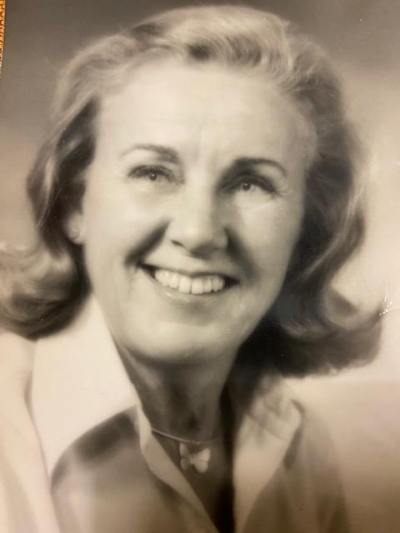 Suzanne (Sue) Stephens Weeks, a former mayor of Woodside, passed away quietly and in the company of her family on July 1 at the age of 100. Sue built a home in Woodside in 1949 with her husband, the late William R Weeks, and became an active member of the community. She was on the committee that oversaw the town’s incorporation in 1957 and was elected to the Town Council in 1970, and re-elected in 1974 and 1978 as a advocate of protecting Woodside’s rural character, keeping down town administration costs and protecting property rights and values through reasonable ordinances. She was a member of the Woodside Village Church and the Altar Guild. Sue was born in Sacramento on May 27, 1921, and moved with her family to San Francisco where she attended Commodore Sloat elementary and Lowell High School before entering Stanford University. She graduated in 1943 with a degree in psychology. At Stanford, she was the president of the Pi Beta Phi sorority. After college, Sue worked for the Matson Steamship Line in San Francisco and lived in Washington, D.C., while her husband was in officer candidate school. While in Washington, she trained staff at the then War Department on operating IBM punch-card computers. Sue was an avid tennis player, skier, river rafter and world traveler, and spent as much time as possible at Lake Tahoe. She was often accompanied around Woodside by one of her beloved boxer dogs. Sue is survived by her daughter, Tacy Weeks Hahn of Nevada City, and her son, Stephen Weeks of London as well as her grandchildren, Nick, Natalie, Maria and Amelia and her great grand-daughter, Nicole.

Photo Gallery
0 photos Upload a photo
Remembrances
0 entries Submit a remembrance
Memorial service
A private memorial will be held later this year.
Make a donation
Memorial donations may be made to The League to Save Lake Tahoe. Link: https://www.keeptahoeblue.org
About this site     Contact us