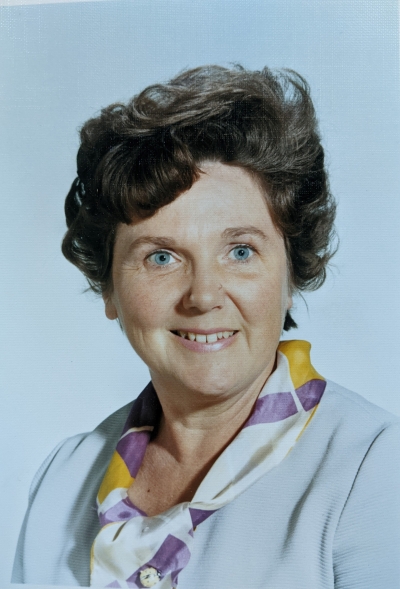 Suzanne lived a loving and giving life. To love and to give, to build community, and to encourage was her joy. She was born to a loving home in Chicago in 1926. She was raised in a modest one room apartment on the South Side and never knew she came from modest means. They were happy. She loved her four years of college at The University of Dubuque where she became senior class president. Happy, hardworking years. She attended the annual reunions for many years. After living in Detroit for her first job, marrying and delivering her two children, Suzanne and family moved to Palo Alto in 1961. Suzanne was the Founding Director of First Congregational Nursery in 1961. This nursery continues successfully today and many of the local children have benefited from the program that Suzanne initiated. In 1966 Suzanne started her career as a Kindergarten teacher for the Palo Alto Unified School District Many children and families will remember Mrs. Korecky at Hoover, Palo Verde, and Walter Hays. Her name changed towards the end of her 20-year tenure so during her final years at Walter Hays, she was called Mrs. Williams. It seems every child remembers the name of their Kindergarten teacher and many in Palo Alto remembered Suzanne. Everywhere she went, adults would approach her to remind her that they had been her student. It was a constant reminder of a joyous professional time.

Suzanne was the ringleader for many social and community efforts. She participated actively in the organization and administration of the First United Methodist Church of Palo Alto. She created wonderful neighborhood events on Stone Lane where her family home is. Any event she planned included an “ice-breaker” to get people talking and interacting. She loved people and loved to help people connect, to understand themselves, and to participate with others. On Holidays she was always challenged to find those people who were alone; those who would appreciate being brought to the table of a fun party. She was a helper, a person who gave of herself with wit and charm and tried to contribute to every situation she found herself in.

Suzanne passed peacefully at home on Stone Lane in the early hours of October 11, 2020.

Suzanne had a great love of life, her family, and her community. She is survived by her son, Kevin Korecky, her daughter, Kathleen Korecky Sedehi, six grandchildren and six great-grandchildren.

A celebration of Suzanne’s life will be planned when it is safe to gather in person. Donations in her name may be made to the Scholarship Fund at The University of Dubuque. Suzanne herself gave to this fund every year of her life starting with the year she graduated in 1948. Any contributions will be received with much appreciation.