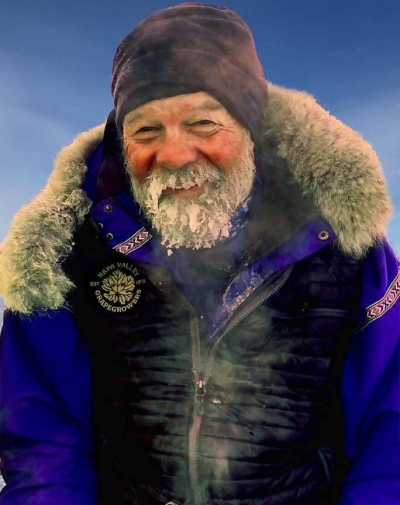 As an entrepreneur he took great satisfaction in structuring deals where everyone came out winners. An early member at Cornish & Carey Commercial, he helped the company become a dominant force in servicing the real estate needs of Silicon Valley’s emerging tech market. He earned the title of Rookie of the Year in 1977 and was a perennial Top Performer at the company. In 2000 Steve & wife Betsy re-potted themselves in Napa Valley to raise wine grapes on their beautiful property in the Oak Knoll District. Moulds Family Vineyard is one of the most respected vineyards in the Valley. Steve immersed himself in the broader agricultural community, serving as director and president of the Napa Valley Grapegrowers Association and as the founding president of the Farmworker Foundation (2011-2021). For his farming practices and community contributions Steve was honored with the prestigious Napa Valley Grower of the Year award in 2018.

As an adventurer his exploration knew no bounds. Expeditions included cycling across the USA (4x), summiting Mt. Kilimanjaro, walking the Camino de Santiago, rafting through La Mosquitia, cross-country skiing to the South Pole, and exploring the Bering Sea and Arctic Circle. He experienced all 7 continents and made many friends along the way. Travel for Steve was also about learning and participating in other cultures. At 19 he joined the Peace Corps for a 2-year tour in Orocuina, Honduras. This experience directed his life on a path of service; after the Peace Corps he obtained his degree in Sociology and Spanish and began work as a Spanish-speaking social worker. In 1998 Steve returned with Betsy to help rebuild Orocuina after the devastation of Hurricane Mitch and launch partnerships with villagers on an array of projects to improve their quality of life. Their children, Reed and Hayden, are involved with the work to this day, continuing the development of a soccer stadium that will foster pride and economic stimulus for Orocuina and its youth for decades to come.

Steve was a citizen of the world and gave back to many organizations, including the San Jose Repertory Theatre, City Lights Theater, Peninsula Center for the Blind/Vista Center, Pine Manor College, 4H, FFA, Ag for Youth, Festival Napa Valley and the SF Opera. The Napa Valley Grapegrowers (NVG) and Farmworker Foundation (FWF) held a special place in Steve’s heart. His unwavering support of FWF to provide education and opportunities to elevate Napa’s farmworker community was unparalleled. Steve strongly believed in NVG’s mission to elevate the sustainability of farming and preserve agricultural lands in the Valley.

As a mentor and a father, there was no finer man. With his “Sí, se puede” attitude he inspired his fellow man, children and grandchildren to do their best, to seek out what’s over the horizon, to trust in themselves and to be kind and honor others. He guided us to the mountaintop and has now sent us on to continue our journey.

Make a donation
In lieu of flowers, his family requests a donation to help Steve reach his legacy goals: Support FWF & NVG by establishing a permanent home for both organizations: https://napagrowers.ejoinme.org/SteveMoulds Contribute toward the completion of Estadio Esteban Moulds in Orocuina, Honduras: https://www.gofundme.com/f/steve-moulds-legacy-in-honduras
About this site     Contact us