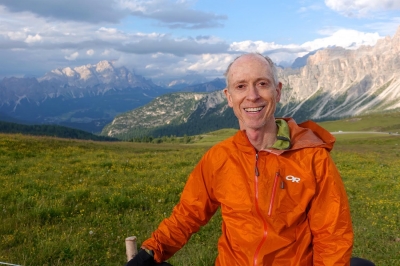 Stephen C. Purcell, age 67, passed away with his family by his side on Sunday, March 10, 2019, at Stanford Hospital in Palo Alto, California after he collided with a car on his bike. He was born on September 17, 1951, in San Francisco CA, son of Nancy (Foss) and Terrance Purcell. Steve grew up in Marin County with his sisters and brothers, Ginger, Lisa, Kevin, Brian, Sheila, Shawn and Pam.

Steve began working at the newly formed Xerox Palo Alto Research Center (PARC) in 1972 and received his B.S. in Mathematics from Stanford University a year later. At PARC, Steve worked in the Smalltalk group where he authored a program that animated images on the pioneering Alto workstation. After finishing his Masters in Electrical Engineering at MIT in 1977, he returned again to PARC. He made critical contributions to the birth of personal computing there and developed many patents, some of which were commercialized in Apple’s first personal computers.

In the subsequent decades, Steve founded a series of high-tech startups and architected their successful media processing and graphics chips. In 1988, he became co-founder and Chief Architect of C-Cube Microsystems. Under his leadership the company accomplished a series of pioneering milestones in the global digital video market. He built the first single chip JPEG codec and the first multi-chip digital video MPEG codec, which was used by DirecTV to launch the first digital video broadcasting service in the US. C-Cube went public in 1994.

In 1993, Steve co-founded and served as CTO of Chromatic Research. The company created media accelerator chips and boards, delivered more than 100 million units, and was acquired by ATI in 1998. From 2002 to 2004, Steve worked as a video architect at Nvidia before spearheading two more media and graphics processing startups. He began consulting in 2009, enabling him to focus on his family and passions of biking, building electric-motor-assisted bicycles, and super lightweight backpacking.

Steve was a brilliant engineer, a formative mentor, and a loving husband and father with the most kind, gentle spirit. He pushed himself to the furthest point possible whether as an innovator, working late into the night on the technology behind one of his 81 patents, or as a formidable athlete, touring across the Alps for 10 summers in a row, biking up through all of the 40+ highest mountain passes.

He is survived by his wife Carolyn Purcell, children Megan Arzaga (Jerome) and Colleen Purcell (Shyam), and granddaughter Amara Mireya Arzaga. Always the patient and supportive friend, he will be greatly missed.