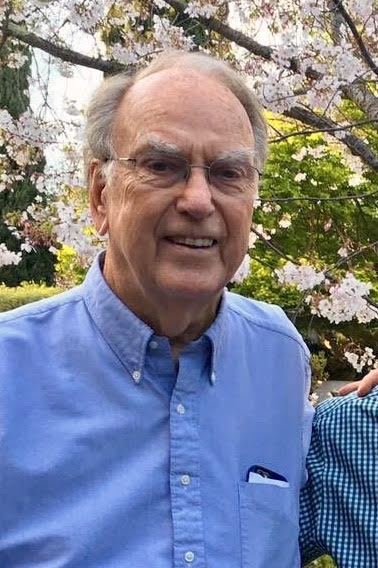 The son of George S. and Elizabeth J. Parry, Stan was born in Seattle, Washington, but grew up in Piedmont, California. He graduated from Piedmont High School, San Francisco State, and UCLA Law School. He began his career in health planning in the San Joaquin Valley and San Jose before he became the administrator of the Northern California Cancer Program (now the Cancer Prevention Institute of California), a research consortium that includes Stanford University, UCSF, and other cancer centers.

Stan spent most of his life, however, devoted to his two special interests. The first was serving the developmentally disabled community. He was a co-founder 29 years ago of the Community Advisory Committee, a volunteer group of parents who were strong advocates for the education of special needs students. The CAC is still an important part of the Palo Alto school district.

Stan was a co-founder and long-time president of Housing Choices Coalition, a non-profit begun in 1997 to find affordable housing in the area for people with developmental disabilities. Housing Choices has secured hundreds of housing units in Santa Clara, Monterey, and Santa Cruz Counties and provided additional independent living support for the disabled community in this area. He was also instrumental in the site selection and construction of Page Mill Court, a 23-unit assisted living apartment building for the disabled in Palo Alto.

Stan served on the oversight committee for the administration of the Palo Alto school bond act in the 1990s. He was a member of the board of Imagine Supported Living in Soquel and on the board of directors of Abilities United in Palo Alto.

Stan’s second passion was for architecture and photography. He and his wife, Melinda, traveled extensively in France and Italy to study and photograph medieval and Renaissance art and architecture. His book, "Great Gothic Cathedrals of France, A Visitor’s Guide," was published in 2001 by Penguin/Viking Studio, and to his great delight it was reissued by Oro Editions this summer in a larger format with new color photographs. His photographs, which can be seen at stanparryphotography.com, have been used by other authors for their publications.

Stan was known to all his friends and those who worked with him for his keen intellect, integrity, and wonderful sense of humor. He was dearly loved and will be greatly missed by everyone.

He is survived by his wife, Melinda, his sons, Jeffrey and Christopher, his brother and sister-in-law, David and Susan Parry of Bethesda, MD, and numerous nephews and nieces.

Photo Gallery
0 photos Upload a photo
Remembrances
3 entries Submit a remembrance
From Donald Allen
Sept. 23, 2017
Stan set my life compasses early on, in law school, and they have guided me ever since - now for 50 years. I shall remain always in his debt.
Video
Upload a video

Memorial service
A celebration of his life will be held later this fall.
Make a donation
Memorial contributions may be made to Imagine Supported Living Services in Soquel (imaginesls.org) or to Abilities United in Palo Alto (abilitiesunited.org).
About this site     Contact us