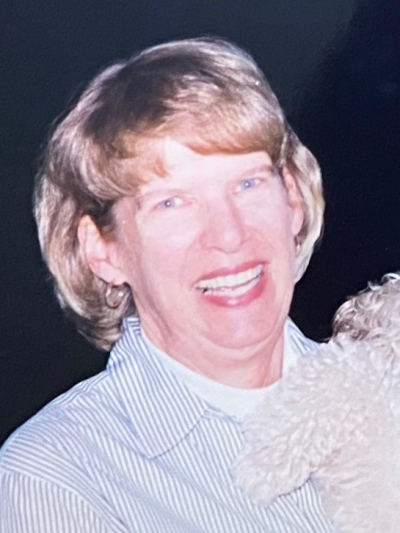 Educator, beloved mother and grandmother Sarah Kemper (Durand) Wood died August 21, 2021 in Pleasanton, California with her sons at her side.

Sally was born in Milwaukee, Wisconsin, the youngest child of Samuel R. and Hildur (Richardson) Durand. The family moved to Palo Alto, California in the late 1940s, where she grew up and attended Jordan Junior High School and Palo Alto High School. Sally earned a Bachelor’s degree from Stanford University in 1960, and a Master’s from Yale University in 1962.

Entering the teaching profession, Sally taught for three years at Robert College in Istanbul, Turkey, before returning home to Northern California. She presided over classrooms at Menlo-Atherton High School and Fremont High School before joining the Language Arts faculty at De Anza College in Cupertino, where she taught for the remainder of her career.

Voted “Most Athletic” in her high school graduating class, Sally played on basketball, tennis, and field hockey teams as a student, and was an eager tennis and golf player well through her life. As a third-generation matrilineal Stanford alumna, she was a dedicated lifelong fan of the Cardinal, especially the football and women’s basketball teams.

Sally was predeceased by her parents, and by her beloved husband of fifty-five years, Kerry M. Wood. She is mourned by her sisters, Lucia Durand of Corvallis, Oregon, and Jean (Durand) Rosling of Seattle, Washington, her sons Derek Wood of Los Angeles and Brian Wood of San Francisco, her daughter-in-law Caroline Griswold, grandson Hale Durand Griswold Wood, and her multitudinous extended family and friends.

Services will be private.

Photo Gallery
0 photos Upload a photo
Remembrances
1 entry Submit a remembrance
From Shannon Bradley Griscom
Aug. 26, 2021
Sally was a friend and tutored my step-son, Lee Penrose. She did a great job, both academically and emotionally, with her expertise and empathy. Kerry taught with me at Ravenswood for a few years, and once he looked at me dressed in a maternity dress...
Read more
About this site     Contact us