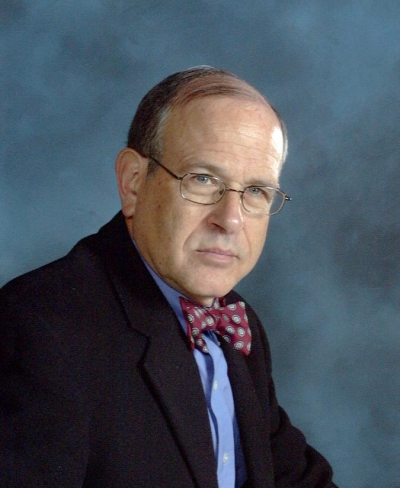 S. Robert “Bob” Freedman, an eminent and internationally known pathologist, died at his home in Palo Alto on May 12 after a yearlong struggle with brain cancer. He was 76.

Dr. Freedman spent most of his medical career in pathology and nuclear medicine at Regional Medical Center (San Jose) and Los Gatos Community Hospital where he directed the laboratory for many years. Generations of the doctors he supervised over the decades, notably including many physicians surmounting barriers of race and gender, warmly describe his mentorship with terms like “singular influence,” “unlimited generosity” and “one in a million.”

He served on the Governing Boards of Los Gatos Community Hospital and the Santa Clara County Red Cross, lectured in the joint UCSF-UC Berkeley medical program and at San Jose State, and served as President of the California Society of Pathologists. Nationally, he was on the Board of the College of American Pathologists (CAP), and is credited with influencing his colleagues to adopt Bob’s signature bow tie. He served on over 20 CAP committees, chaired CAP’s California Delegation, and led and participated in over 90 laboratory inspections for the CAP) accreditation program in the US and around the world.

He volunteered with Pathologists Overseas, including month-long stays at hospitals in Nepal, Kenya, Malawi, Ghana, Zimbabwe, and Cameroon.

A “Renaissance Man” in the best sense, Bob was curious and knowledgeable about tropical reefs and volcanoes, aviation and world history, world cultures and exotic cuisines. When he traveled he diligently studied the local language – especially colloquial expressions of gratitude and appreciation. He was known for his wit, warm personality, genuine interest in others, and his playful and gracious manner.

S. Robert Freedman was born in Philadelphia, Pennsylvania, the first of two children of Herbert Freedman, an appliance salesperson, and Shirley (Winkelstein) Freedman, a homemaker and clothing salesperson. His first academic love, chemistry, began at age 10 when his parents bought him a chemistry set. The boy was intrigued by the pyrotechnic potential of chemicals, and later shared with his grandchildren the science and entertainment potential of creating small detonations, much to the discomfort of other adults. A first-generation collegian, Bob majored in chemistry at St. Joseph’s College before acceptance to Jefferson Medical College (now Sidney Kimmel Medical College), where he received his M.D. degree in 1969.

After an internal medicine internship at the University of Illinois Chicago, he served as a Naval medical officer 1970-72. Much to his surprise, the newly-commissioned M.D.’s assignment as battalion surgeon for a Marine Expeditionary Force based in Okinawa required a stint of Marine Corps basic training, complete with muddy crawls under barbed wire with live machine gun fire overhead. His final assignment to Alameda Naval Air Station introduced Bob to the California outdoor life, contributing to a decision to complete a pathology residency at San Francisco’s Mount Zion Hospital in 1976.

Freedman was an avid hiker and lover of nature. His exploits included climbing to Everest Base Camp, scaling Mt. Whitney, and communing with the world’s oldest trees at Patriarch’s Grove and the world’s tallest trees at Redwood National Park. As an avid scuba diver he explored reefs, marine life and sunken wrecks across the Pacific, Caribbean and Red Sea; as a lover of the arts, he enjoyed classical music and opera; as a lover of volcanoes, he led less adventurous companions on mountainous treks to view active eruptions. Through this past year, he was sustained by many kinds of music, especially livestream opera from the Met and ballads of Leonard Cohen. He remained enthusiastic and engaged, reminiscing with friends and family members and warmly recounting what they meant to him. He was an incredibly devoted and supportive husband, father, and grandfather. Bob connected with people of all ages and all parts of the globe. His uplifting perspective, warmth, kindness, and wit endeared him to strangers, friends, and family.

Dr. Freedman is survived by his wife, Sarah Warshauer Freedman, a professor at the University of California, Berkeley; his daughter, Rachel and her spouse Carl Berg; grandchildren, Emma, Eric, Adam, and Alex Berg.

Photo Gallery
0 photos Upload a photo
Remembrances
0 entries Submit a remembrance
Make a donation
In lieu of flowers, the Freedman family suggests donations in his memory to the Metropolitan Opera Association online at www.metopera.org/support or by mail to Office of Planned Giving, Metropolitan Opera Association, 30 Lincoln Center, New York, NY 10023; or, to the Peninsula Open Space Trust, online at www.openspacetrust.org or by mail to 222 High Street, Palo Alto CA 94301; or to the College of American Pathologists Foundation online at: https://capfoundation.thankyou4caring.org/rwd/donate.
About this site     Contact us