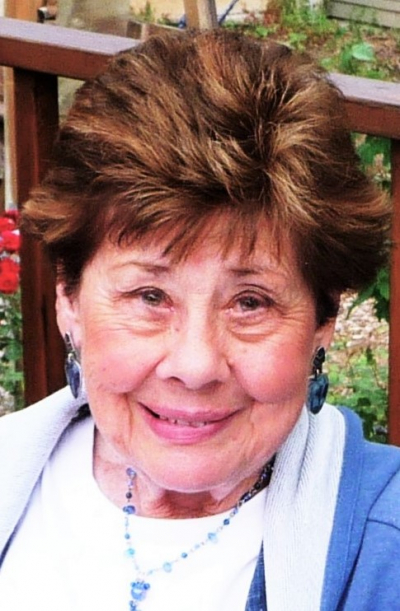 Her family lived in Endicott one year, then moved to Colfax and remained there until 1945. At age 11, after listening to a traveling evangelist, she came home and asked the Lord to come into her heart and became a child of God. She graduated from Colfax High School and was the Valedictorian. Ruby attended both Whitworth College in Spokane and Northwest Bible College in Seattle.

Ruby had prayed earnestly that the Lord would provide a husband and then she met Jim. They had a whirlwind courtship. The Korean War was on, and Jim had been drafted into the army. They met in the Spring of 1951, were engaged in June, and married on September 8th, 1951. After the wedding, Ruby worked as a secretary at Equitable Life Insurance Company in Seattle until she joined Jim at Fort Ord in Monterey, California. Tim was born in 1953 while Jim was stationed in Japan. Brian was born in 1955, and Stephanie in 1959.

Ruby was a devoted wife, mom, and a capable keeper of the home. Outside their home, she was an accomplished administrative assistant. She held jobs at the US Geological Survey in Menlo Park, California, Moffett Field Naval Air Station in Sunnyvale, California, and the Social Security Administration in Downey, California – just to name a few.

After retirement, Jim and Ruby bought a motorhome and traveled extensively. Visiting and serving their children and grandchildren was the highlight! Ruby was an outstanding cook – her culinary delights were enjoyed everywhere they lived – even at the little dining table in their motorhome.

Involvement in the local church was a priority for Jim and Ruby. They were active at Peninsula Bible Church in Palo Alto, California for many years. Ruby taught in Bible Study Fellowship, served as a deaconess, and sang in the choir.

Ruby enjoyed playing the piano, sewing, reading, and loved watching Hallmark movies. She was a romantic at heart and loved matchmaking. She really liked staying indoors and being warm, like a “hot house plant”. She opened their home to many relatives and friends and will be remembered as a very loving, kind, and a wonderful listener.

In 2019, Tim and Rosalind opened their home to Jim and Ruby to come and live in Sonoma, California. The Lord provided for Ruby, especially after Jim went to be with the Lord on August 8, 2020.

She is now with her Lord, sitting by His side, looking straight in to His loving eyes, saying, “Now, tell me about everything!”