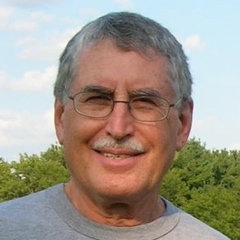 Ronald Jay Sax passed away peacefully on February 13, 2021 after thankfully short battles with Parkinson’s Disease and cancer. Born and raised in Benton Harbor, Michigan, he hadn’t traveled farther than Chicago until he joined the Air Force in 1952. His four years in the Air Force took him around the United States and to Japan, setting off a series of fateful events. After his service, he returned home to attend Central Michigan University, where he joined the International Club, sparked by his interest in Japan. There he met and fell in love with Katoko, a foreign exchange student from Japan who would become his wife of 50 years. During that half century, he was a husband, father, grandfather, friend, traveler, jazz enthusiast, runner, and advocate for peace and justice.

Ron and Katoko were living near Chicago with their two young children when, just after the Chicago Blizzard of 1967, a job opportunity arose in sunny California. They took it! Ron loved, and thrived in, his new hometown of Palo Alto. He was a computer programmer and spent the rest of his career working for SLAC (Stanford Linear Accelerator Center), Stanford University and finally RLG (Research Libraries Group), from which he retired in 2000. The place and time gave him a front row seat to watch Silicon Valley develop. He traveled the world with his wife and family, taking hundreds of trips to over 40 countries and many more places within the United States, reaching out to friends and family everywhere they went. He trained himself to be a long distance runner, competing in countless races, including three San Francisco Marathons. He joined the Board of PAJA (Palo Alto Jazz Alliance) and traveled to Cuba in 2000 on a jazz-oriented trip sponsored by PAJA. He was an active member of the Palo Alto Friends Meeting and, among other contributions, gave his time to Hotel de Zink, a shelter program hosted by PAFM, distributing meals every December for 20 years.

He loved learning, travel, sports and music, and nothing gave him more pleasure than seeing his four grandsons participating in those endeavors. Over the years he took them on various trips, went to many of their recitals, presentations and sporting events, and was filled with pride upon attending their graduations, having made it to all four high school and two college ceremonies (the rest are in progress).

His love for his children, Naomi (Neil Simmons) and Kenji (Cindy Lamerson), and grandsons, Nathan, Joel, Nick and Scott, passion for learning, concern for the world, and his kind and gentle ways will be missed by all those who knew and loved him.

Photo Gallery
0 photos Upload a photo
Remembrances
0 entries Submit a remembrance
Memorial service
Due to Covid-19, the family will hold a private memorial at home.
Make a donation
In lieu of flowers, we ask that donations be made to the Danville d’Elegance Foundation (for Parkinson’s research), www.danville-delegance.org.
About this site     Contact us