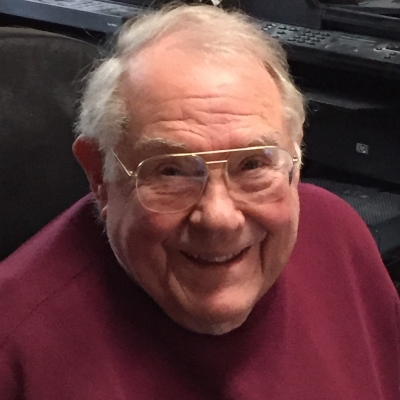 Robert Hermsen passed away suddenly on November 3, 2019 at the age of 85. He was born in Baker City, Oregon to William Henry Hermsen and Alphia (Busick) Hermsen. He attended St. Francis Academy in Baker, JF Hutchinson School in Union, and Baker High School, graduating in 1952. Bob earned his B.S. in Chemical Engineering from Oregon State College where he was an active member in the Delta Tau Delta Fraternity. After college, he served in the US Army and then for many years in the US Army Reserves. In 1957, Bob married Janet Marie Grexton. They started their family while he returned to college, earning a Doctorate in Chemical Engineering from the University of California, Berkeley in 1961. Bob worked over 31 years in the aerospace industry for United Technologies where he was considered an expert in solid rocket propellants. He continued to work as a consultant in his field for several years after his retirement in December 1992. For over 50 years, Bob and Jan made their home in Palo Alto, California where they raised four daughters. A supportive family man, he shared with them his love of the outdoors, music, sports, cooking and wine. Bob was preceded in death by his wife Janet. He is survived by his daughters: Carol (Gary Forney) Hermsen of Roseville, California; Jeanne (John Mercer) Hermsen of Albany, Oregon; Susan (Peter Brown) Hermsen of Palo Alto, California; and Kathleen (Michael) Richman of Germantown, Maryland; grandchildren, Colleen Forney of San Diego and Janna Forney of Sacramento, Stephanie Brown of Portland, Oregon and Paige Brown of Palo Alto, Tyler Richman of San Ramon, Colin Richman of Overland Park, Kansas, and Jessica Richman of Germantown, Maryland; as well as nieces, nephews and many longtime friends.