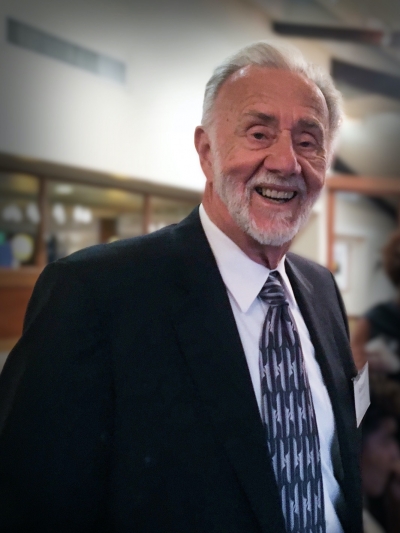 Robert (Bob) Vincent Violante, M.D. passed away in Los Angeles, California on February 25, 2020 at 80 years old. Larger than life, Bob had an insatiable curiosity, a wry humor and an endless call to adventure. He skillfully cared for his patients, and, at home, found peace and love with his family and friends.

Bob’s love was indeed expansive. He glued together four lovely families into one large supportive and close-knit one. His first marriage was to high school sweetheart Marianne Gach, resulting in two children: George Violante & Gina Haynes. While practicing medicine in Thailand, Bob fell in love with Lek Folknin which created his daughter Tida Violante. His third, a 25-year marriage to his sailing partner Barbara Violante, who predeceased Bob, produced daughters Suzanne Lytle & Cristina Violante. His last love and current marriage to Lauren C. Weissman, brought him stepdaughter, Danika Kohler, and a life of more adventures and a passion for fly fishing.

Born and raised in Queens, New York, by his Polish American mother Anne Carol Strusinki Violante and Italian American father George Carmine Violante, Bob looked to the Old World for guidance and to his relatives for setting high standards. Bob attended Rensselaer Polytechnic Institute (RPI) and Stanford Medical School. Bob joined the US Army as a physician after finishing his medical residency and was based in Bangkok, Thailand for three years and he continued to return to Thailand often throughout his life. After his service in the Vietnam War, Bob settled down in California as he was enamoured by its weather, wine, and Stanford athletics and, eventually, built his lifelong home in Palo Alto, CA.

The young Bob wanted to become a creative writer, and in his adulthood, entertained us with his long typed out letters and animated story telling. A lover of skiing, sailing, fly fishing and sports cars, an avid world traveler who enjoyed learning about other cultures, Bob was a transatlantic sailor on board of his beloved sailboard Mayanang which took him to Polynesia. He was happiest when swimming in an ocean or a river.

Professionally, Bob was a pioneer in the field of Emergency Medicine, and managed the Santa Clara Valley Medical Center’s Emergency Department (SCVMC ED) and other Bay Area EDs. He also lobbied for state policies to prevent tragedies from firearms and domestic violence. Most significantly, Bob was involved in the creation of many invaluable institutions in Santa Clara County such as the Poison Control Center and the Rehabilitation Center for brain injury. Bob was also known for his sense of style and often was spotted on a night shift wearing a three piece suit. Bob was generous with his time and energy. He served as Treasurer for the VMC Foundation and Advisor for the RPI School of Biomedical Engineering.

Bob, a man of integrity and compassion left a mark on the lives of all who knew him. He motivated us always to be our best and to help others. His life was bold. Bob took brave, sometimes seemingly reckless, but always valuable risks into a richly lived life. He will be missed dearly.