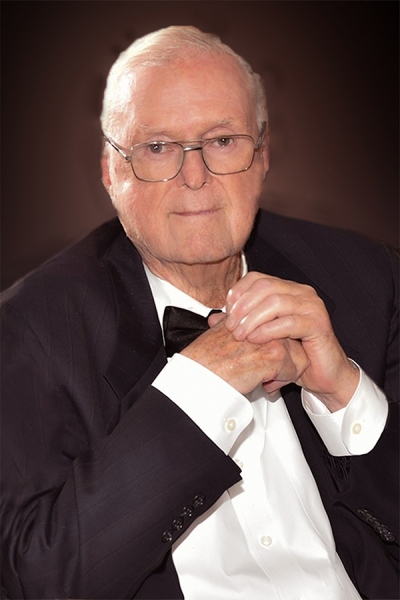 Dick, a 4th generation San Franciscan, will be remembered as a family man with a generous spirit and an ever-present sense of humor. He is survived by Jeanne Ferrari Quinlan, his wife of over 59 years and his three sons, Greg (Kristin) of Los Altos, Roger (Cathy) of Los Altos and Matt (Kristen) of Menlo Park. He dearly loved his 7 grandchildren, Riley (Kristy), Ellen, Courtney, Katie, Sara, Nathan and Nick. He is also survived by his niece, Marianne Croonquist, his nephews, Arvid Croonquist (Louise) and Erik Croonquist, his sister-in-law Patricia Novak, his brother-in-law Gerald Ferrari and his wife Tisha Ferrari. He was preceded in death by his parents, Richard & Myrtle Donnolly Quinlan of San Francisco, his sister Claire Quinlan Croonquist, her husband Colonel H. Turner Croonquist (ret) of Monterey and his nephew Michael Croonquist.

Dick graduated from St. Ignatius College Prep of San Francisco in 1952. He spent his college summers doing R.O.T.C. as well as driving a tow truck and working for Standard Oil in Yosemite park, a place that inspired him. Following his graduation from Santa Clara University in 1956, he proudly accepted a regular Army commission. For 3 years, he was a Nike Missile Radar Officer and an Aide-de-camp to Maj. General Robert W. Berry.

After his military service, He worked for Wells Fargo, Dean-Witter, Smith Barney and lastly, Morgan Stanley, where he worked for over 30 years as a financial advisor and the branches first manager. He was also the Vice Chairman of Bay View Federal Savings, helping to take them public, and a member of the Board of Directors for Marine World Africa USA. He was a volunteer baseball coach, served on the San Mateo County Civil Grand Jury and was the President of Menlo Circus Club.

Dick remained active even in his retirement, enjoying lunch with friends, gardening, swimming, playing in his ‘Z Group’ tennis well into his 80’s, playing with the many dogs he had over his long life and traveling with Jeanne to see all 7 continents. He had a special place in his heart for Lake Tahoe, where he and Jeanne became engaged.