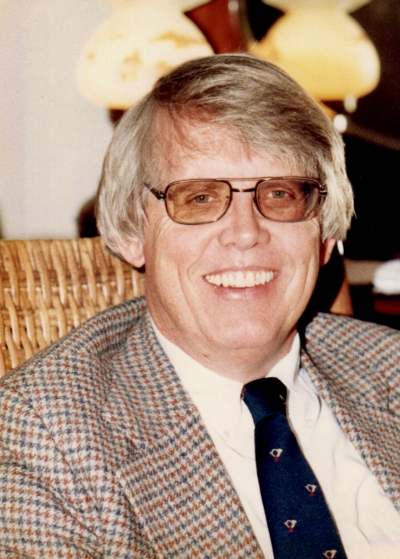 The Reverend Dr. Richard A. Symes died on April 3 from cardiac arrest after a long battle with Alzheimer’s Disease. He leaves his wife of 60 years, Patricia, and two sons, Christopher and Preston, and Preston’s wife, Jennifer, grandchildren, Cooper and Ruby, and his sister Barbara Jones. He was predeceased by an infant son, Mark.

A graduate of Columbia College, BA; Princeton Seminary, B.D.; and San Francisco Theological Seminary, S.T.D., he served parishes in Detroit, Michigan; New York City; Palo Alto, California; and Caracas, Venezuela. Before he began parish ministry he spent a year in Germany, including a semester at the University in Bonn. He also served on national committees of the Presbyterian Church. Churches he served became More Light (LGBTQ inclusive) and Sanctuary churches; and he, along with members of the congregations, marched for civil rights and in protest of the Vietnam War. He served as a volunteer prison chaplain in New York and a visitor to the local federal prison in retirement. Through his whole ministry, he worked for justice.

Despite his antiwar stance he collected and painted miniature soldiers. He was a scholar as well as a teacher and reader – including both Dostoyevsky and G.B. Trudeau (“Doonesbury”). Dick made terrible puns and sometimes used salty language. Dick and Pat retired to Granville, NY on the property where he had built (with help) a summer cabin in 1973. They traveled extensively in the early years of retirement, particularly in Italy. He added Italian to other languages he had acquired. He loved life and his departure from this world is mourned by many. Join many others in raising a toast to a life well lived!