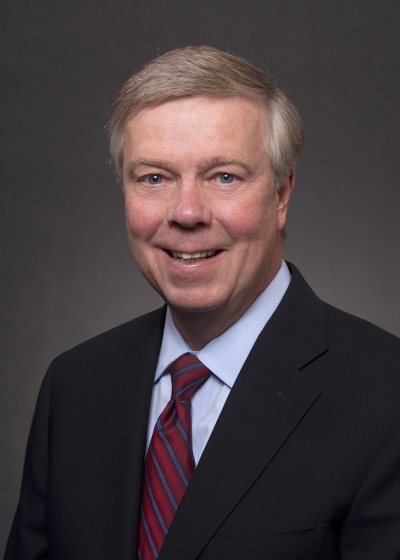 Norman Jeffrey Blears passed away peacefully on November 7, 2020 after a courageous battle with cancer. He was surrounded by his loving wife and family. Norm lived and truly enjoyed a full life with family, close friends and colleagues, and encouraged others to do the same.

Norm was born in Jamestown, New York. He was preceded in death by his parents, John and Charlotte Blears, and his brother, Rick. He grew up with a wonderful group of lifelong friends racing motorcycles, playing baseball, basketball and spending days on beautiful Chautauqua Lake. Norm graduated Phi Beta Kappa from Denison University in Ohio in 1977 and went on to receive his law degree from Stanford University in 1980. He married the love of his life, Nancy Anderson Blears, and the two moved to San Diego, where he clerked for the Honorable William B. Enright. A few years later, the two settled permanently in the Bay Area, where they proudly raised their two daughters, Lauren Blears Byrne and Kimberly Blears Bausback, and recently celebrated their 40th wedding anniversary.

As a close family they shared many years of love, laughter, and great fun. They enjoyed travelling, San Francisco Giants baseball, Stanford Athletics, museums, restaurants, live music (especially blues guitar), weekends in wine country, bicycling, and tennis. A true family man, Norm never missed his girls’ sporting events and was known as their biggest fan. As his family expanded to include sons-in-law Ben Byrne and Michael Bausback, and grandchildren Spencer and Blake Byrne, many memorable weekends were spent poolside, listening to music, playing bocce ball, swimming and dancing barefoot with a cold beverage in hand. He will be remembered for his kindness, calmness, generosity, seeing the best in people, storytelling, wonderful sense of humor, and quick wit.

Norm had a long and storied career as a lawyer and trusted advisor, making profound and valued contributions to the legal community and beyond. He had a national law practice with firm roots in Silicon Valley. Norm represented individuals and corporations from start-ups to Fortune 50 companies, helping them with legal challenges they faced in building and sustaining their businesses as they brought new technologies, including life-saving medical treatments, to market.

Norm was enormously respected by lawyers in both the plaintiffs’ and defense bar. Judges in the Bay Area in particular viewed him as an attorney of the highest integrity. In 2000, Norm was honored by the Santa Clara County Bar Association as Professional Lawyer of the Year, an award made to the attorney who exemplifies the highest standards of law practice in Santa Clara County. Norm was also ranked year after year as among the very best lawyers in “bet the company” litigation by Chambers, The Legal 500, Best Lawyers in America and other publications. Clients valued Norm for his vast knowledge of the law, deft touch and humane approach to litigation. Among his other gifts, Norm was a wonderful storyteller with a sense of humor that often served to bring disputing parties closer together. He mentored and inspired a generation of attorneys at the three law firms in which he practiced. He leaves behind hundreds of legal friends and colleagues whose lives he touched, always for the better.

Norm served for 20 years on the board of directors of the Law Foundation of Silicon Valley, including a term as board president. The Law Foundation works to advance the rights of underrepresented families and individuals in the community. Norm cherished his pro bono practice throughout his career, and in 2017 was a member of the team that secured a key victory for the residents of the Buena Vista Mobile Home Park, families who fought to preserve their homes when park owners sought to sell the property to developers.

Norm won groundbreaking victories in the field of securities litigation and played a significant role in reshaping that field under a new law passed in 1995. Norm won the first appellate victory under the new law in 1996, resolving an issue of national importance. Norm was also the lead trial attorney in one of the first two jury trials under the new law in 1999. He won a complete victory at trial. Over the course of his career, Norm achieved similar victories for countless companies and individuals, providing wise counsel and freeing his clients from legal burdens so they could pursue their visions. Norm will be profoundly missed by the legal community he did so much to enrich.

The Blears family plans to celebrate his life in a gathering of friends and colleagues when it is safe to do so. The family is working with the Law Foundation of Silicon Valley to establish a fellowship in Norm’s name and honor. In lieu of flowers, those wishing to honor Norm's memory may donate to:

Photo Gallery
0 photos Upload a photo
Remembrances
0 entries Submit a remembrance
Memorial service
The Blears family plans to celebrate his life in a gathering of friends and colleagues when it is safe to do so.
Make a donation
In lieu of flowers, those wishing to honor Norm's memory may donate to: Law Foundation of Silicon Valley, c/o Blears Fellowship 4 North Second Street, Suite 1300 San Jose, California 95113 www.lawfoundation.org
About this site     Contact us