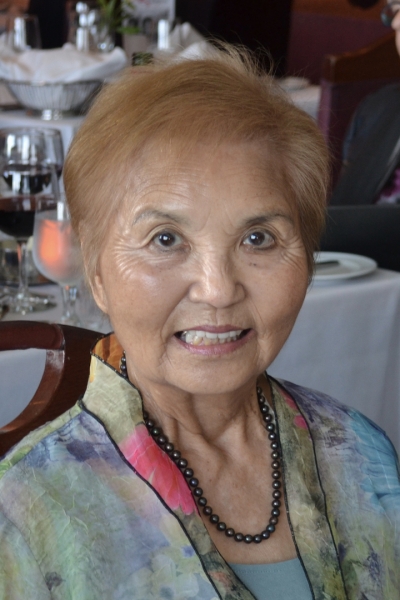 Norma Dairiki died on December 4, 2019 at Channing House, having lived in Palo Alto, California for 59 years. She enjoyed living her last 15 years in Channing House with her husband Setsuo Dairiki, while also visiting and traveling with nearby children and grandchildren. Norma Masako Yoshida was born in Alviso (Zanker Ranch), California to Matsune Kido and Tsunanori “Tom” Yoshida on January 16, 1926. When Norma was in first grade (where she was given the name “Norma”), her father started working as a gardener at the Mountain View Pacific Press Publishing Company and the family built a house on Chiquita Road in Mountain View. In April 1942 she was attending the Mountain View Academy when Excecutive Order 9066 relocated her family to Tanforan Assembly Center, then to ‘Bing Crosby’s Racetrack’ Santa Anita Assembly Center, and from there to Heart Mountain Relocation Camp in Wyoming. She and her family were sponsored for early release by the 7th Day Adventist Church in Lincoln, Nebraska. In Lincoln, she met Setsuo Dairiki, a recent graduate of Stanford University who was also released early from Tule Lake Relocation Camp to teach military personnel engineering systems in Nebraska. They were married in 1945. After the war the couple moved to Boston, Massachusetts where Norma attended and graduated from Boston University in 1948. She learned to swim during night classes. They built a home in an experimentally designed ‘modern cooperative’ community formed from the Trapelo Golf Course (Karl Koch’s Kendal Common) in Weston, Massachusetts in which they raised their 3 children and dog. Missing California, they returned to Montecito, California in 1959, where Setsuo worked for Raytheon, and then moved north to Palo Alto in 1960 when Setsuo took a position with the Stanford Research Institute. Once arriving in Palo Alto, Norma worked managing the family business and as an accountant for a local interior decorator. Norma also began evening classes in Chinese brush painting and eventually attained Master Painter status in the 1970’s. Later in life, her artwork was featured in a one person show at Channing House. She was generous with her talents, working at many local school events when her children were young and volunteering at Channing House in her retirement. With her children she traveled throughout the US, Europe, Asia, and the Galapagos. When her 3 children were grown, she became an integral part of caring for her 6 grandchildren – stepping in with creative projects to keep them busy and support with daily activities. They remember the plays and dances she wrote for them and the delicious Japanese food she made. Norma thrived helping her family and was devoted to them. She is survived by her husband Setsuo, children Linda Dairiki Shortliffe, Richard (Mamie) Dairiki, and Bob (Christine Min) Dairiki, grandchildren—Lindsay and Lauren Shortliffe, Sherri, Mark, Ross, and Sarah Dairiki, and great grandchildren—Waylon and Rhiannon Rose, and Lyra and Mariana Shortliffe Dosier; and siblings--Elly Yamamoto, Grace Kato, Frank and Peter Yoshida. She is predeceased by her parents, brother Edward, and sister Alice Lehnhardt. Memorial donations may be sent in memory of Norma M Yoshida Dairiki to the Heart Mountain WWII Japanese American Confinement Site Heart Mountain Wyoming Foundation Memory and Justice Endowment (heartmountain.org). No services will be held at her request.