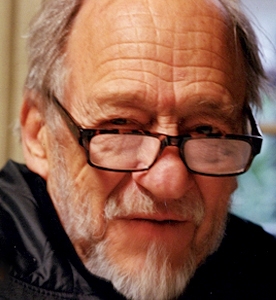 Neil John Jensen, Mountain View resident since 1971, was born in Salt Lake City, Utah and has died of complications due to cancer.

He earned a degree in ceramic engineering from the University of Utah in 1960 and worked in several areas of research and development including lab assistant on the team that developed the first transistor computer at the esteemed Bell Laboratories in New Jersey. He also participated in the development of aluminum oxide rocket nose cones, substrates for high-temperature electronic circuits, barium titanite capacitors and ferrites (magnetic ceramics). He was awarded patent #4,052,330 for a non-explosive process to sinter uranium oxide pellets in a safer and cheaper environment.

After a devastating fire at the Browns Ferry nuclear reactor in Tennessee, he quit the industry in protest over safety standards and proceeded to purchase a taxi cab medallion in San Francisco. He drove a cab in The City for 28 years, claiming it was the best job he had ever had. He often said whenever he wanted to see the face of the boss, he would only adjust the rear view mirror. He wrote a number of short stories and plays, seeing at least two plays produced on stage. For 20 years he served as a volunteer at The Playwrights’ Center of San Francisco, many of those as president.

He was an unforgettable character who looked for the humor in life and enjoyed conversation and exchanging anecdotes and jokes with friends and acquaintances—not even objecting when no one laughed.