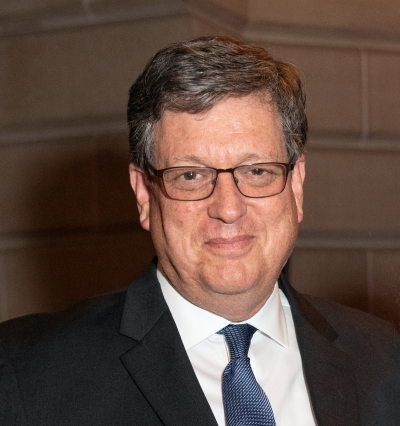 Beloved husband and father Michael Loran passed away at home on February 26, 2020, surrounded by his family after a brief but hard-fought battle with cancer. He was born to Haim and Jeannine Loran on May 29, 1960 in Tel Aviv, Israel. Michael spent his childhood in France and Israel with his parents and older sister Ayala. After graduating from high school, Michael served in the Israel Defense Forces Intelligence Corps. and remained an avid supporter of the State of Israel.

Michael came to the United States in 1982 and later studied computer science at Boston University where he met his wife T. Maria Lam. He earned a master’s degree in computer science in 1989. Michael and Maria married in Greenwich, CT in 1993; welcoming son Daniel in 1995 and daughter Rachel in 2002.

During the early years, Michael established himself as a software engineer, holding positions with IBM, Phillips, Gemstone Systems, and Millennium Pharmaceuticals where he directed a bioinformatics program in drug discovery. The family lived in New England and New York before relocating to Palo Alto in 2006.

Michael will be remembered for his sharp mind and quick wit. Never at a loss to strike up a conversation, he loved to discuss and debate timely and deep topical issues. Whether hosting a dinner party or a holiday celebration, Michael enjoyed engaging with his many friends, with whom he remained close throughout his lifetime. Michael loved airplanes, puzzles, and riddles. Most of all he enjoyed spending time with his family, with whom he traveled the world to embark on wide-ranging adventures. He was a very involved father, whether teaching his children to ride a bicycle, volunteering in their classes, supporting Daniel in high school debate tournaments or Rachel in her piano and horseback riding activities.

Michael is survived by his wife and life-long partner, Maria; beloved children Daniel and Rachel; parents Jeannine and Haim Loran; four nephews, a niece, and a newborn grandniece. He was predeceased by his sister Ayala Miron, née Loran.

Photo Gallery
0 photos Upload a photo
Remembrances
0 entries Submit a remembrance
Make a donation
Memorial donations may be made to the Pancreatic Cancer Action Network. Link: www.pancan.org
About this site     Contact us