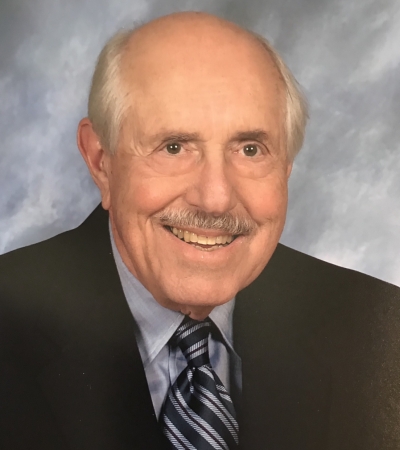 Melvin Cohen, have you ever met a more charming man? One more intelligent? Probably not. Mel was not just a charismatic smarty-pants, he was a husband, our father, uncle, grandfather, great-grandfather, our beloved friend. He was a loving soul taken from us by the real enemy, time. He graced the earth for 92 long years before time took its course, but no one will ever forget his presence. He touched so many hearts in his time on this earth, so many people in those 92 years. He especially touched the lives of both his wives Basia and Margaret, Tillie his sister (nephew Barry and niece Michele), plus his seven loving children; Bruno, Rick, Dean, Jill, Paul, Missy and Catherine, who could not be the people they are today without his love and guidance. And then his many grandchildren and great-grandchildren, who admired his charisma and looked up to him. Now, as we say goodbye to the sweetest pop, let’s think to when he was with us, making our lives better, gracing the earth with his presence, and let’s celebrate the many years we spent with him. Cherish your memories with him and hold onto those moments for the rest of your life. I’m sure pops is looking down on us now, watching his family and friends, making sure that they don’t forget him, while still living their lives to the fullest, moving on from the sorrow. (Written by Charlotte Cohen, Granddaughter) Mel, 92, passed away on April 20, 2019, at Stanford Hospital after a short illness. He was born in 1927 in Richmond, Virginia, to Charles and Goldie (Berman) Cohen. He graduated from high school in Richmond and spent several years in the Navy. He graduated from Virginia Tech in 1948 with a BS in Chemical Engineering followed by a law degree from George Washington in 1957. Mel started his career in Sales and Marketing at Atlantic Research in Arlington, Virginia. He then moved on to United Technologies (UTC) which brought him to California where he set up the HQ in Sunnyvale while taking up residence in Palo Alto. His position evolved into the VP of Business Development and he retired after 25 years of service. He then started his own consulting company in 1984, Mel Cohen Associates, arranging technology exchanges between French and US aerospace and technology companies, and Government approvals of these, for the next 10 years. Taking cruises, laying on the beaches of Hawaii and hitting the craps tables were amongst his favorite vacation activities. Every Sunday morning he served up his famous pancakes for breakfast. Sharing his joke of the week also became a family tradition.

A private family memorial dinner was held Monday, April 22nd. A celebration of life will be held at a later date. In lieu of flowers, the family suggests donations to the Lucile Packard Children's Hospital. my.supportlpch.org/MelvinCohen

Photo Gallery
0 photos Upload a photo
Remembrances
0 entries Submit a remembrance
Memorial service
A private family memorial dinner was held Monday, April 22nd. A celebration of life will be held at a later date. In lieu of flowers, the family suggests donations to the Lucile Packard Children's Hospital.
Make a donation
my.supportlpch.org/MelvinCohen
About this site     Contact us