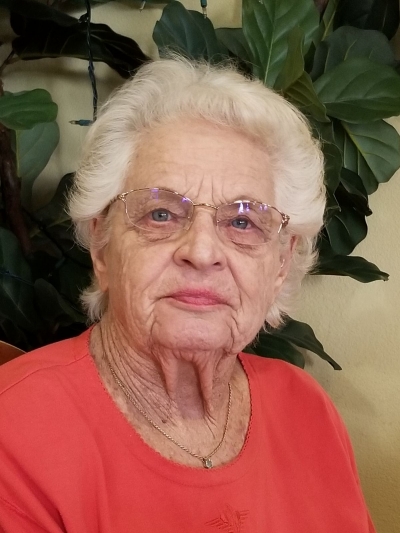 Mary Elizabeth Hill Skougaard passed away June 27, 2021 at the age of 92. Mary was an incredibly gifted writer and intelligent woman born long before her time. Mary was born December 14, 1928 in Los Angeles, CA, the only child of Helen Yoder Thompson Hill and George Amos Hill. She spent the first few years of her amazing life in La Canada, California until the Depression hit and they moved to the Midwest to live with extended family while her father looked for work. They eventually moved to Prescott, Arizona where Mary spent the remainder of her childhood years and graduated from Prescott High School.

As part of the first post WWII class at Stanford University, Mary majored in Communications. While at Stanford, Mary joined The Stanford Daily as a reporter and feature editor, and later became the first woman Station Manager for KZSU( 90.1), Stanford’s radio station. She “wowed” Stanfordites as KZSU’s infamous on-air personality, “Stanford Sadie,” before graduating in 1950.

Mary began her career at KNBC Radio in San Francisco. She later moved to New York City to work for Free & Peters as a sales assistant, promoting to TV Sales Coordinator for all offices and 42 TV stations nationwide.

Mary met her husband, Robert Ivar Skougaard, on a blind date in New York City. They were married in 1956 in Washington, D.C. and moved back to California shortly thereafter to escape the fast-paced New York City lifestyle. Mary worked as a sales representative for KRON-TV until the birth of their daughter.

Mary and Bob lived in Mountain View and Los Altos for over 40 years. In Los Altos, Mary was well known for her community activities. She was involved in Stanford Cap & Gown Alumni events, the Los Altos Newcomers Club, was a member and president of the “Los Altos Wall Street Watchers” investment group and represented the Rilma Lane residents before the Los Altos City Counsel. Her dedication to preserving the commercial/residential separation on Rilma Lane resulted in what is affectionately called “Mary’s Wall.” She was an avid bridge player, tennis partner, hiker, skier, and master researcher and historian of her family’s genealogy. She loved to dance with Bob at the Mitchell Park’s Annual 4th of July Chili Cook-off and attend local Summer Concert at the Park events. Mary and Bob spent much of their retirement years supporting and attending their grandchildren’s numerous musical and sports events.

Mary and Bob moved to San Diego in 2018 to be near their daughter after Bob suffered a stroke. In typical “Mary” style, she joined the residential committee, met weekly with a writing group, and enjoyed the Friday cocktail concerts. Her health declined over the past year, and after a brief illness, she passed away in peace.

Mary is survived by her husband of 65 years, Robert I. Skougaard; daughter, Lynette M. Barnum; granddaughter, Melissa M. Barnum; and grandson, Anthony L. Barnum. She will be buried at the Miramar National Cemetery in San Diego, California.