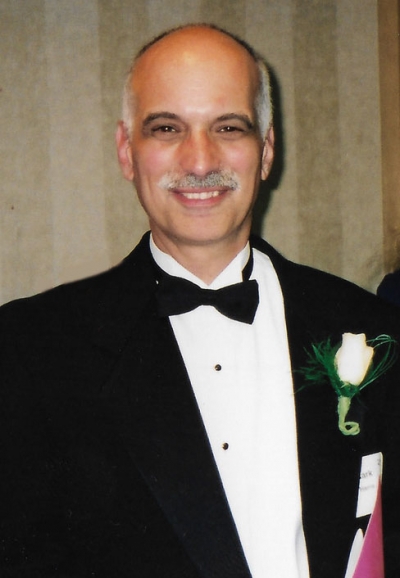 Mark Richard Harris, beloved husband, father of four and grandfather of fifteen, passed away on April 26 at home with his family by his side.   He was 71.  His family and friends are deeply sorrowed by his passing.

Mark attended the University of Michigan School of Engineering, where he met his wife of fifty years, Mary Ann. Always a consummate Michigan fan, the first thing he taught his little ones was “Hail to the Victors.”

After graduating from Michigan, Mark received a commission in the Public Health Service.  He was assigned to the Environmental Protection Agency to work on implementation of the Clean Air Act of 1970.  He subsequently enrolled in Stanford’s MBA program for finance and public management, in order to work on the local side of implementation.

He and his wife settled in Palo Alto to raise their four children: Anne (Charles Wartchow), David (Jamie), Carl (Jenny) and Lindsey (Tim Quast). During this time, Mark held senior management positions with the cities of Palo Alto and Mountain View.  He later served as an arbitrator for FINRA, the Financial Industry Regulatory Authority.

Helping those in need was extremely important to Mark, and he accomplished this goal through several groups, particularly KARA, a Palo Alto grief nonprofit.  After leaving government, he continued to serve others by teaching in Woodside High School’s Business Technology Academy for at-risk students who were motivated to learn and succeed.    Mark enjoyed teaching, and his sense of humor and habit of cracking jokes caused students to request learning math from him.  He always went out of his way to help all the students, and his willingness to go the extra distance in both his professional and personal life reflected his deep commitment to others.

Mark loved playing sports, especially tennis.  He enjoyed watching all the televised college and professional sports -- his commitment to the Chicago Cubs could only be topped by Michigan and the cheer "Go Blue!”

While he asked that no formal memorial event be held, donations in his name may be made to either of the following hospitals or a charity of personal meaning.

Photo Gallery
0 photos Upload a photo
Remembrances
3 entries Submit a remembrance
From Don Levy
May 26, 2019
I met Mark at Foothills Tennis and Swimming Club, played on tennis with him on club teams as well as with my Saturday and Tuesday morning groups. We also played duplicate bridge on occasion. I can only second the comments above.
Make a donation
St. Jude’s Children’s Hospital https://www.stjude.org/donate/donate-to-st-jude.html?sc_icid=header-btn-donate-now Mayo Clinic - Pediatric Oncology - https://philanthropy.mayoclinic.org/donatemc
About this site     Contact us