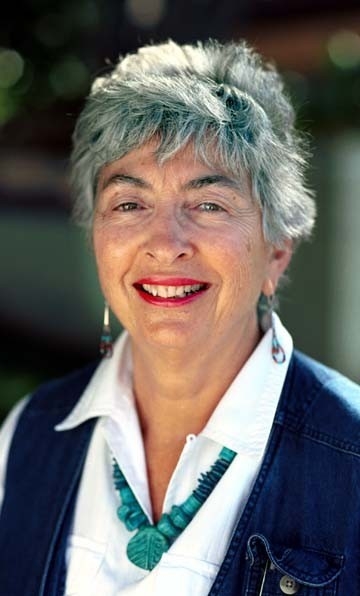 Marion Lewenstein, one of the first journalists to cover “Silicon Valley,” died on March 6, 2021, of complications of heart and circulatory disease. She was 93. Later in her career, Lewenstein became a journalism professor at Stanford University (despite never receiving a college degree). She also helped create the first falafel restaurant in Palo Alto. Her son confirmed her death.

From the mid-1950s, Lewenstein reported for Electronic News, first on staff and then, after her children were born, as a freelancer. Lewenstein played “a pioneering role covering the technology beat in the San Francisco Bay Area,” said Henry Lowood, curator of Stanford University’s History of Science & Technology collection. By the 1960s, he said, “she had established a reputation for covering science and technology in the region that became ‘Silicon Valley.’”

Lewenstein also wrote for Time, Fortune, Postgraduate Medicine, and other publications. In 1969, she did the background research and wrote the initial copy for a story that traced the lineage of electronics companies founded by people who had worked at Fairchild Semiconductor. Versions of the original lineage chart continue to circulate today.

In 1972, Lewenstein and her friend Jan Nix, a local food writer, created the first falafel shop in Palo Alto. Lewenstein had tasted the food during a 1968 family trip to Israel, and Nix had tasted it while living with her family among an international community of expatriates in Japan. Lewenstein had dreamed of owning her own restaurant since working as a waitress at Howard Johnson’s while in high school. The Mediterranean Sandwich Shop, located just off California Avenue on Ash Street, was open only at lunch and served through an open window onto the sidewalk. It was extremely successful, but Lewenstein and Nix sold it after several years when their families complained that it was taking too much of their time.

However, as women starting their own business during the early years of the women’s movement, Lewenstein and Nix were covered by local media. Through that route, Lewenstein became known to the Communication Department at Stanford. Under threat of a suit for discriminating against women (according to an oral history Lewenstein recorded), Stanford in 1975 hired Lewenstein to teach journalism. Although her initial appointments were short-term, Lewenstein in 1978 won Stanford’s top teaching award. Soon she was hired on a permanent basis.

At Stanford, Lewenstein specialized in teaching basic journalism skills, but also taught journalism history and other courses. In 1981, Lewenstein was named the Outstanding Journalism Educator in 4-year Colleges by the California Newspaper Publishers Association. Though Lewenstein had never attended college fulltime (she had earned a year or two of community college credit over the preceding 30 years), she attained the rank of Professor. In 1991, Lewenstein was selected as Academic Secretary to the Faculty Senate. She served until 1994 in that role.

Lewenstein retired the first time in 1995, but continued teaching part-time. She became involved in early research on how people consumed news through the Internet. She fully retired in 2001.

Marion Marcus was born on October 15, 1927, in Cleveland, Ohio, the youngest of four children. Her father left the family when she was 3. By the time of World War II, her two oldest siblings had left home. Her remaining brother was killed in an aviation accident over Britain during the war. She graduated high school in 1945, and soon after the war ended she and her mother moved to San Francisco to be closer to relatives.

In San Francisco, Marcus sought work as a journalist, but was told she had no experience. She got work in an office (she had gone to a secretarial high school), but (she told her son) she quit after being sexually harassed by her boss. Eventually, she was hired as a secretary by a trade publishing company. She convinced her employers to let her start covering small stories and then they hired her as a reporter for Home Furnishings Daily and Women’s Wear Daily.

In 1955, Marcus married Harry Lewenstein, an electronics engineer who worked in technical marketing. She asked her employer to transfer her to their new publication, Electronic News, “so I’d have something to talk about in the evenings” with her husband. “He wasn’t interested in home furnishings or women’s wear,” she told her children.

Lewenstein had intended to quit when her first child was born in 1957 (a second came in 1962), but her employers asked her to continue as a freelancer. Though she said she rarely thought of herself as a trailblazer, others later praised her as a role-model for women trying to combine family life with careers. In the early 1970s, she contributed two chapters to a book called Second Careers for Women, sponsored by Stanford as part of a movement recognizing the changing workplace.

In 1997, Lewenstein and her husband were cycling across southern Portugal when her husband fell off his bike and broke his neck. He was a quadriplegic until his death in 2010. “I learned to be patient, which I didn’t know I could do,” she reflected.

Lewenstein is survived by her son Bruce, her daughter Bailey Merman, three grandsons and a great-grandson.

The family requests that donations in lieu of flowers be made to Planned Parenthood Mar Monte. A public memorial service will be announced at a later time.