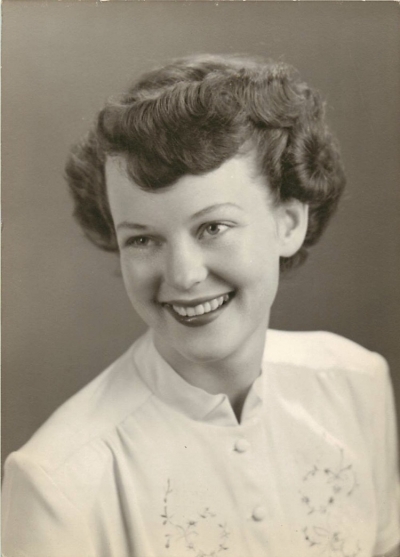 Marilyn Miles Maffly passed away peacefully on October 3rd at Stanford University Hospital, with her daughters and son-in-law at her side.

Marilyn was born December 30, 1929, the third of three children of Joseph and Mabel Miles, in Compton, California. She grew up surrounded by extended family on both sides, including 28 first cousins in the Los Angeles area. She and her siblings, Dorothy and Dale, enjoyed summer outings to a cabin built by her father in Idyllwild in the San Jacinto Mountains, where she and her cousins hiked and fished.

Marilyn attended Compton Community College, and then moved to San Francisco for nursing school at UCSF. There she met Roy, a medical student, and they married in 1952. Theirs was a partnership of dedicated and skilled healers that lasted nearly 68 years. After a brief venture in Boston for Roy’s postdoctoral research, they moved to Palo Alto in 1961, where they lived for the rest of their lives. Roy began his career at Stanford Medical School, while Marilyn raised their children and volunteered in the community. Through her longtime membership at the First United Methodist Church, Marilyn helped set up a tutoring program for kids from East Palo Alto Schools in the 1960s. She established a monthly luncheon for senior citizens that fed hundreds of residents on limited incomes (and enlisted her children as dishwashers and servers). When she discovered that many of those same seniors had a need for foot care, she founded a clinic staffed pro bono by local podiatrists. Marilyn also resumed her nursing career in 1965 and worked for many years at Hoover Pavilion and the Veterans Hospital.

Family meant everything to Marilyn. She and Roy raised three children (Robert Maffly, who predeceased her in 1983; Nancy Maffly; and Laurie Maffly-Kipp). She was a loving and beloved grandmother to Wesley, Joseph, and David Maffly-Kipp, and a beloved mother-in-law to Peter Maffly-Kipp. They also opened their home to many others. Over the years, she and Roy welcomed a variety of short and long-term extended family and near-family—who then became part of their circle of generosity.

Marilyn was tough, smart, and a strong advocate for others. She got things done, whether it was fixing a toilet, wallpapering a room, or running a committee. After moving into Webster House fifteen years ago, Marilyn kept her eyes open for people who needed something more—a visit, transportation, or just a greeting. If she couldn’t provide it herself, she advocated for the needs of others. She was nothing if not direct when she was on the path to help someone else. Her children commented that in the family, you always knew who to go to for what. If it involved blood, train schedules, or anything mechanical, you definitely went to Marilyn. If it involved music, computers, or higher education, Roy was the point person. Their partnership worked. And they shared a deep sense of social responsibility and commitment to healing—in their town, in their wider communities, and in the world.

In their last few years, as they both developed serious health problems, they turned that energy toward each other. It was their love and caring for one another that made it possible for them to live up until the end on their own terms, surrounded by those who loved them, in return, for their many gifts. Roy died in April 2019 at their home. Though grieving herself, Marilyn retained her characteristic mental strength through her last days. She never lost the grit, determination, and humor that carried her through so much.

The family wishes to thank their friends and extended family, the outstanding community and staff at Webster House, and the medical professionals who guided Marilyn through this past year. They are also grateful to the Stanford Medical Community, which was part of Marilyn and Roy’s life for over half a century. Contributions in Marilyn’s name may be made to the American Red Cross, the Educational Fund to Stop Gun Violence, the Natural Resources Defense Council, or Planned Parenthood.