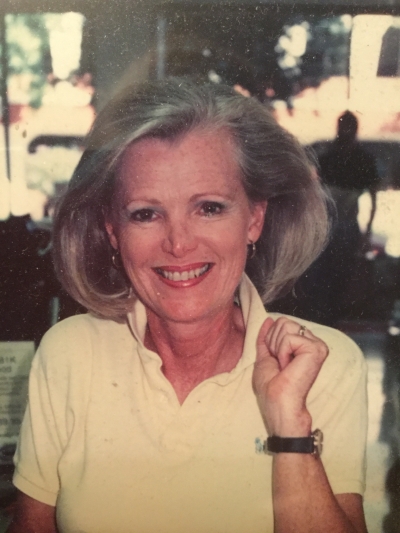 Marilyn Donaldson Kelly, beloved wife, mother, grandmother and friend, passed away on August 29, 2020 after a long and valiant battle with cancer. Not long before she died, Marilyn said, "you know, I have had a truly wonderful life". And she did! She was born on December 9, 1933, the youngest child of Joseph Ellis and Edythe Baddley Donaldson. As her father's job took him all over the Mountain West, Marilyn grew up in a number of towns, but spent most of her time in Blackfoot, Idaho, where she attended elementary school and junior high. She graduated from Pocatello High where she was part of the Homecoming court. She studied education at Idaho State University where she joined Alpha Chi Omega sorority. After earning her degree, Marilyn moved to Menlo Park where she began teaching at Ladera School. In 1961, she married Robert P. Kelly, the love of her life. She retired from Ladera in order to raise her two children, but returned to teaching in the late seventies at Trinity Parish and Phillips Brooks nursery schools. After retiring from teaching, she enjoyed traveling with her husband, tending her beautiful garden, and spending time with her children and grandchildren.

Marilyn always said, "dynamite comes in small packages". She definitely lived up to that saying! She was never one to shrink from a challenge and kept busy throughout her entire life. She was a past member of the Peninsula Volunteers and was very active with the PTA at Laurel and Encinal schools. In 1975 she was awarded the Laurel PTA Life Membership Award for her dedicated service. In later years, she was a member of the San Francisco Garden Club and the Peninsula Family Service Auxiliary. An avid bridge player, she spent many hours playing with dear friends. Marilyn was a life-long member of the Church of Jesus Christ of Latter-day Saints and served her church in a wide variety of callings. Her favorite positions were any that involved teaching or working with children.

Marilyn had a special ability to connect with children of all ages, but especially the very young. It wasn't an uncommon thing for her to run into former students who always greeted her with big hugs. Even in her final months, students from 60 years ago reached out to express their love and fond memories of their experiences in her class.

Marilyn leaves behind her loving husband, her adoring children Paula Kelly Caryotakis (Paul) and Steven Craig Kelly (Marya) and six wonderful grandchildren, Elizabeth, Matt, Adam, and Meredith Kelly and Griffin and Christopher Caryotakis. She was predeceased by her parents and her brothers, Boyd and Roland Donaldson.

The family is grateful to all who have given so much support during Marilyn's final months, and especially during this time of grief. 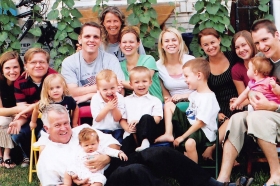 Remembrances
1 entry Submit a remembrance
From Cindy Orton Richards
Sept. 12, 2020
And she is a truly wonderful woman! What a tremendous power for good she has been in the lives of so many. I have been the blessed and grateful recipient of her beautiful soul. She instilled in me confidence and caring and a love of children and fu...
Read more
Memorial service
Due to current COVID restrictions, an immediate family-only graveside service was held on September 4, 2020.
Make a donation
Memorial donations may be made to the Pathways Hospice who took such excellent care of Marilyn during her final months. Link: https://pathwayshealth.org/
About this site     Contact us