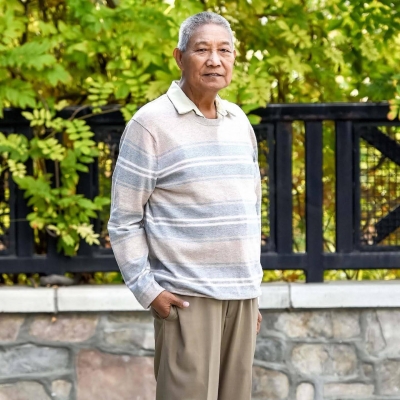 Mar D. Balmonte, age 67, passed away peacefully on March 21, 2021. He had surgery in November that was successful but due to complications after surgery he developed debilitating conditions that prolonged his recovery and eventually thwarted any chance of recovery. He had fought hard. He will now be able to rest and no longer suffer. His wife, four daughters, and a son-in-law (who quickly visited) were fortunate to be able to be with him so he was not alone in his final hours. They made sure he was comfortable until his last breath.

He was born on September 30, 1953 in the Philippines to Maximo and Evangeline. He was the fourth of eight children (siblings: Violeta, Saturnino, Julieta, Lorenza, Carmelita, Ernesto and Myrna). He came to the US in 1973 to be with his father. He served the US Army and was granted the Marksman medal. He lived in several bay area cities primarily in San Jose and East Palo Alto.

He was a devoted son, brother, husband, father, uncle, nephew, cousin and grandfather. Married his wife, Tessie, over 44 years ago on October 16, 1976. Together they built a wonderful life centered on a shared love of family and friends. His priority was always his family, for whom he exemplified love, commitment, joy and presence especially with his grandchildren. His love and care were not limited to his immediate family but to his extended relatives, friends, and even friends of his children. It was shown through the amount of calls and messages that were received expressing love and gratitude for his unwavering kindness, wholehearted love and sense of humor during his final days.

He is survived by his wife Teresita; his 4 daughters: Maritess, Jennifer, Charlene and Sheila; three son-in-laws: Edwin, Augustine and Perry; 6 grandchildren: Abigail, Alejandra, Keoni, Annabelle, Emma and Klassic; his 7 siblings & their family; and 4 in-laws through his wife & their family.

He was a buyer in the Electronics industry for most of his career, to several notable companies. His hobbies included participating in family events, watching sports, cooking, reacting and/or commenting on all Facebook and Instagram posts, hunting, watching movies, singing, visiting the Philippines, the band The Eagles and watching and spending time with his grandchildren.

Photo Gallery
0 photos Upload a photo
Remembrances
0 entries Submit a remembrance
Memorial service
Viewing Services will be held on Friday, April 2nd from 1pm to 5pm at Spangler Mortuary in Sunnyvale, California. Funeral Mass will be conducted on Saturday, April 3rd at 11am at St Martin Catholic Church in Sunnyvale, California by invite only due to COVID-19 protocols.
About this site     Contact us