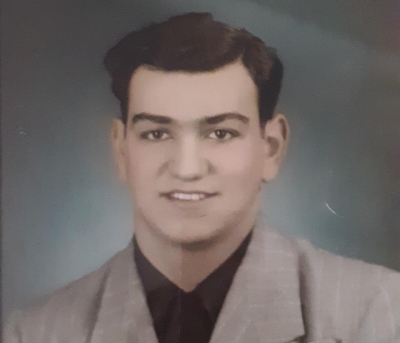 Louis DeFreitas passed away after a long battle with dementia on Dec. 23, 2020 at his home in Redwood City, CA. He was 87.

Louis was born in New Bedford, Mass., and served in the Marines for three years in 1951 (Korean War).

Louis eventually moved to California, where he became a well-respected welding teacher at College of San Mateo, with students from all over Silicon Valley. It was a job he loved so much, especially helping his students get job opportunities. He loved helping others and was very loyal.

However, Louis loved nothing more than his family. Louis was always a great role model and provider, setting a solid example for his two children.

A couple of his great passions were to go fishing at Half Moon Bay and his love for sports. He was a big fan of the Dodgers, Red Sox, 49ers and soccer.

His ashes will reside at Alta Mesa Cemetery in Palo Alto, CA.