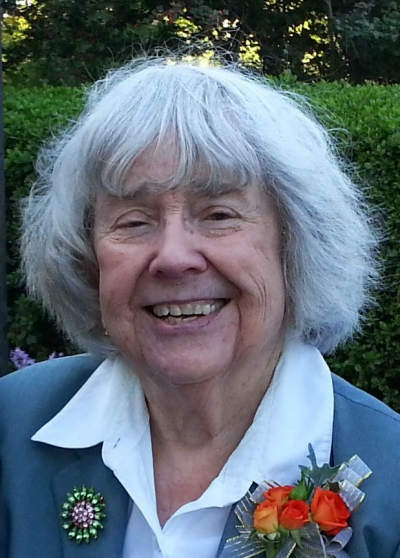 Lola Marie (Mathews) Stephens passed away peacefully surrounded by family in her home in Menlo Park on Saturday, April 16, 2022 after a long struggle with Alzheimer’s disease.

Born on April 21, 1930 in Huntington Park, California she was the first child of Eustis B and Joanna Ruth (Hess) Mathews. She is survived by her husband of 64 years, Robert James Stephens; her children Robert L Stephens, Susan L Stephens, and James W Stephens; her grandchildren Alison de Geus, Aimee (de Geus) Thomas, James Stephens, Jr. and Valerie Stephens; and her great grandchildren Josephine and Sebastian Thomas; her siblings Martha R (Mathews) Barclay, Mary E (Mathews) Crandell, and David P Mathews. She was preceded in death by her brother Benjamin H Mathews and a 2-day old daughter.

Lola graduated from Huntington Park High School in 1948. She attended Pepperdine College and the University of Oklahoma. She held an undergraduate and Master’s degree in Music and a Master’s degree in Library Science. She held several positions in both academic and public libraries during her career. An “at-home gourmet”, Lola and her husband Robert opened Pear Williams in Menlo Park where she wore many hats including that of Vice President. Later on in her career, she would join her son, James, as the Chief Financial Officer of Tech-Star Industries in 1993, where she was integral to the day-to-day operations of the company.

Lola was a great supporter of social causes and was politically active. She was a member of the Menlo-Atherton AAUW and the League of Women Voters of South San Mateo County; serving as their Land Use Committee Chairperson in 1973. She was active in local political organizations as a campaign organizer and she supported civic and social causes such as the SF Symphony and Opera, KQED, KDFC, the ASPCA, ChildFund, and Emily’s List.

Music played a major role in Lola’s life; she played piano from a young age. She met the man who would eventually become her husband, Robert, performing in the Mikado at Pepperdine. She enjoyed attending the symphony and opera, and sang in the University Women’s Chorus. She chaired the Menlo Summer Concert Series and often played piano for her children’s and grandchildren’s school programs. Lola was also an avid reader and crossword puzzle solver. She enjoyed Agatha Christie and P. D. James mysteries, Jane Austen novels, and was fond of the annual San Francisco Chronicle “Christmas Quiz”. In the later decades of her life, Lola enjoyed annual summers in Oxford, England with her husband.

She was a devoted mother and grandmother who taught her children and then her grandchildren the value of the arts. Through museum visits and extracurricular activities, Lola shared her passion for music, dance, and other forms of artistic expression. Lola also instilled in her children and grandchildren the importance of kindness and had an enviable temperament. Lola will be missed greatly by her family, who take comfort in the legacy she left behind.

There will be a graveside service Thursday, May 5, 2022 at 11:00 a.m. at Skylawn Cemetery in San Mateo. In lieu of flowers, the family requests donations be made in Lola’s name to KDFC listener supported classical radio online at kdfc.com.

Photo Gallery
0 photos Upload a photo
Remembrances
0 entries Submit a remembrance
Memorial service
There will be a graveside service Thursday, May 5, 2022 at 11:00 a.m. at Skylawn Cemetery in San Mateo.
Make a donation
In lieu of flowers, the family requests donations be made in Lola’s name to KDFC listener supported classical radio online at kdfc.com.
About this site     Contact us