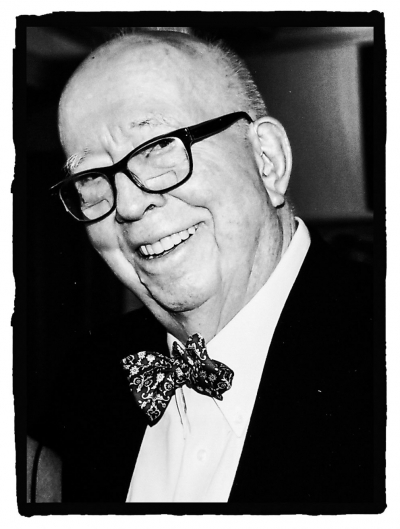 Leonard (Leo) Ware, a prominent Silicon Valley lawyer and Morgan Hill rancher whose remarkable energy and curiosity led him to pursue many other interests, died December 19, 2021 at his Palo Alto home. His wife of 62 years, Jeanne Bailard Ware, was by his side. His fiercely loyal rescue terrier, Jake, was also by his side. Leo was 93.

Leo was born on January 19, 1928 to Dwight Ware and Ruth Hulbert Ware in Everett, Washington. He graduated from The Lakeside School in Seattle in 1946, attended the University of Washington, and graduated from The School of Law at Syracuse University, receiving a juris doctorate degree in 1952. He was a member of Delta Kappa Epsilon fraternity, the Bohemian Club of San Francisco and his beloved Palo Alto Club. Although the Palo Alto Club’s membership has always been limited exclusively to male members, this policy was given a gentle but meaningful flexing when Leo and a handful of other members successfully advocated that women speakers be invited to speak at the club’s popular evening events. Among those invited was Condoleezza Rice. The new policy regarding female event speakers has continued and flourished.

He started his legal career in Seattle with the U.S. Justice Department as a U.S. Attorney, prosecuting both criminal and civil matters. Leo subsequently moved to San Francisco to set up a private civil law practice there, and later he moved his practice to Palo Alto. During this period, Leo met his future wife, Jeanne Bailard Ware, of Montecito, California, in 1958.

Leo and Jeanne were married in 1960. Four children followed, along with an impressive collection of springer spaniels, all thoughtfully named by Leo to fit their dispositions, including Warbucks, Gladstone, Saltonstall, and Maggie Thatcher.

Leo and Jeanne’s first date involved an outing to buy ice cream cones, and Warbucks was invited to come along. All three passengers travelled in Leo’s MG sports car, convertible top down.

Leo was the co-founder with John Freidenrich in 1969 of Ware & Freidenrich, a Palo Alto-based law firm which set out to serve technology start-ups and emerging companies and compete with the predominantly San Francisco- based “white-shoe” laws firms that then controlled the majority of this nascent but rapidly growing industry. And compete - both successfully and energetically - Ware & Freidenrich did.

Leo often shared with the firm’s lawyers that his partnership with John Freidenrich was “made on a handshake” and that “not a harsh word was ever exchanged between us” over the decades they practiced law together.

Lawyers who practiced in Palo Alto at Ware & Freidenrich and its successor firms now number in the hundreds, and they have over the years remained extremely grateful to Leo and John, who were known as generous and nurturing leaders. The firm was known for actively promoting the advancement of its lawyers and assigning them large responsibilities early and often. Ware & Freidenrich prospered impressively. It subsequently led and joined a number of law firm combinations which increased its client base and global reach enormously. This consolidation ultimately culminated in DLA Piper LLP, a global law firm which maintains thriving California offices in East Palo Alto, San Francisco, Sacramento and San Diego, and throughout the US and the rest of the world.

In 1965, Leo, along with a close friend and colleague, Jim Danaher, travelled to Jackson, Mississippi, as part of the Lawyers Committee for Civil Rights Under Law, authorized by President John F. Kennedy in 1963. Leo recruited lawyers to assist the effort in registering as many Black voters in the state of Mississippi as possible, and working to persuade them that getting and exercising voting rights would be critical to their advancement in America. The experience of visiting the South and seeing the abject poverty of so many citizens, and witnessing firsthand the blatant denial to Blacks of the use of “white-only” designated restrooms, drinking fountains, public schools and eating establishments, had a profound and enduring effect on Leo. The experience informed his lifelong views on the importance of ensuring strict enforcement of the civil rights of all citizens in America, regardless of their race, creed or color.

Leo’s interests beyond the law were broad and many. He was an award-winning grape grower and wine-maker, a dedicated rhododendron aficionado, a fancy poultry breeder and a gifted photographer. It was not uncommon to find Leo virtually everywhere with a Leica or Hasselblad camera around his neck. His huge photographic collages of family and friends line the walls of the Ware family home in Palo Alto, and their home at Vanumanutagi Ranch. Similarly large photo collages taken by Leo at many annual Ware & Freidenrich summer parties at Vanumanutagi were ubiquitous throughout the firm’s offices; these provided visitors, lawyers and staff alike with an instantly warm and welcoming feeling.

Leo also raised chickens, pigs, pheasants, peacocks, llamas and exotic birds on Vanumanutagi Ranch, a place which shares a special bond with the Scottish-American author Robert Lewis Stevenson, whose widow, Fanny Stevenson, purchased the property in 1903. Fanny built a home and lived there for many years. The remodeled home still stands to this day. The ranch’s vineyards are named after some of Stevenson’s most successful novels, Kidnapped, Treasure Island, Jekyll and Hyde.

Following his retirement from the active practice of law, Leo continued to further serve the courts and legal system by acting as an arbitrator in several federal civil disputes. These matters included a massive eminent domain damages claims made by several large coastal logging companies against the U.S. Government. They also included a complex litigation matter involving private property owners and the US Government concerning a large property located in Guam, as well as a commercial dispute among multiple parties involving the ownership of significant commercial real property holdings in Palo Alto, San Jose and Palm Springs, California.

Leo’s success as an attorney and prominent community member was due in large part to his compelling personality. Many people are considered one-of-a-kind, but Ware truly was. Known for his debonair bowties, unique aphorisms, quick wit and affable manner, Leo was a truly magnetic character. He has been described variously by countless friends and colleagues as “a formidable presence in the law”, “a master story-teller of Lincolnesque caliber”, “a brilliant and invigorating conversationalist”, “a collector of a vast trove of jokes both tamely ribald and family-friendly” and “a dear friend to everyone he ever met”. Leo was known in circles both in San Francisco and Palo Alto as a skilled liar’s dice player.

The Ware Family wishes to express its sincere gratitude and love to Leo’s dedicated caregivers, Sela Atu and Kato Tonga, whose unwavering affection, kindness, and humanity to Leo will never be forgotten. 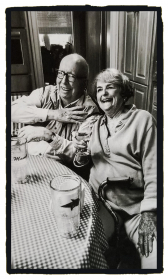 Remembrances
4 entries Submit a remembrance
From Diane Savage
Jan. 22, 2022
Leo Ware hired me as a litigation associate in 1976. I believe I was the first woman in the litigation group that he led, but I certainly was not the last. When I joined the firm, there were already 3 other women attorneys and that number surged in...
Read more
Make a donation
Philanthropic and nonprofit causes which Leo supported include The Lakeside School in Seattle, East Side Prep in East Palo Alto, Peninsula Open Space Trust (POST), the Yosemite Conservancy and the University of Washington Foundation.
About this site     Contact us