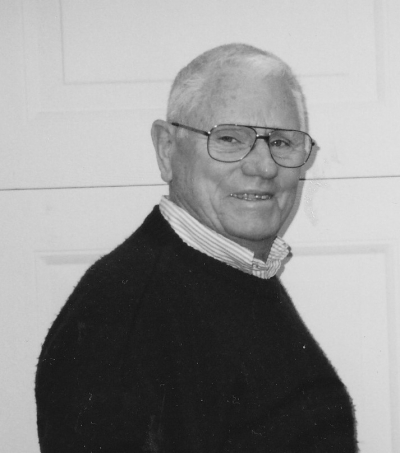 Larry Hamilton passed away on Monday July 25, 2022, at his home in Santa Clara. He had been declining in health since his carotid stroke 15 years earlier

After graduating from the University of Santa Barbara in June 1952, Larry was accepted into the Officer’s Candidate School where he completed his training and was transferred to Fisherman’s Wharf for his service in the Coast Guard. While Larry attended his classes in OCS, his wife, Valerie, remained as a student at the University of Santa Barbara following their wedding on Dec. 21, 1952, and continued to work toward her teaching credential. Upon completion of his service in San Francisco, Larry was accepted as a student at the Physicians and Surgeons Dental school in San Francisco and then moved to Palo Alto to start a dental practice, and later practiced in Mountain View.

Following his retirement from Dentistry, he trained and opened his own Real Estate Office known as Altos View Associates until his declining health forced him to end his career. During his earlier years Larry traveled with his wife to foreign lands and enjoyed their frequent trips to Echo Lake where his father had built a family cabin prior to Larry’s birth. It was enjoyed every summer by family members and friends.

As of January 4, 2022, he had begun Hospice care which also included physical care from the VA hospital. We thank all the Care Givers who made life for Larry a little easier during his last months. His medical treatment by the VA Hospital was always one of the highlights of his life, whether it be for a covid shot or annual checkup. He always enjoyed his visits and care from their employees and physicians. He was a well-treated Veteran who appreciated them.

A small private family gathering will occur. His parents and brother, Mark Scott Hamilton, have preceded him in death, and he is survived by his sister Jamie Owen and by his wife, Valerie Shaeffer Hamilton of 69 years. His life will be celebrated by daughter, Linda Sheryl Hamilton of Chico CA, son, Brian Lawrence Hamilton and Richard Porcello of Sacramento, and son Eric Newton and Barbara Kemp Hamilton of Folsom CA, and grandchild Amy Hamilton.