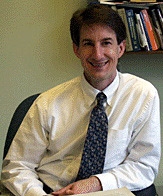 Kevin M. Carlsmith died peacefully on Saturday, 11/19/2011 from cancer in his boyhood home in Portola Valley, CA, surrounded by his family.

An accomplished researcher and a popular professor of Psychology at Colgate University since 2003, Kevin earned a Ph.D. at Princeton University (2001) and a B.A. from Lewis & Clark College (1989). His research examined theories of morality and justice in a social psychological context. He was particularly interested in the question of punishment, and of how people perceive the purpose of punishing wrongdoers (i.e., for deterrence or for moral retribution). He published his findings in numerous prestigious journals, and was regularly invited to comment to the mass media, including the New York Times, LA Times, and Canadian Broadcasting Corporation, about contemporary issues of punishment, such as analyzing the motivations and justification for the killing of Osama Bin Laden. He possessed a particular expertise in statistics, an ability that he may have inherited from his father, Stanford professor J. Merrill Carlsmith (d. 1984). The recipient of three grants from the National Science Foundation, he was first author of more than a dozen articles as well as numerous encyclopedia entries, and a regular reviewer of scholarly articles for journals in psychology and law.

Kevin grew up in Portola Valley, CA as the son of two academic psychologists, J. Merrill Carlsmith and Lyn K. Carlsmith (d. 2011). Yet he did not embrace that academic discipline until his freshman year of college, when he discovered a topic for which he exhibited both passion and talent. His other great collegiate passion was the outdoors, which he had come to love as a boy on backpacking trips to Yosemite and the Sierra Nevada mountains. Kevin was deeply involved with the outdoor program at Lewis & Clark and led frequent trips into the wilderness of the Pacific Northwest. After college he worked at the North Face and served as a river guide and rock-climbing instructor for Outward Bound. He loved the wilderness for both its beauty and its unpredictability. He taught for four years at the White Mountain School in New Hampshire, tutoring students with learning disabilities, supervising a dormitory, and offering instruction in a variety of outdoor activities all year long.

Kevin returned to academia full-time in 1996 when he undertook an M.A. degree at the University of New Hampshire. He moved on to Princeton to study with John Darley in 1997 and earned his doctorate there in Psychology in 2001 with a dissertation on revenge and justice. A two-year post-doctoral fellowship at the University of Virginia allowed him to work with Tim Wilson and to further refine his research agenda.

In 2003 he took up an assistant professorship at Colgate. He taught a variety of classes at Colgate, including Introduction to Social Psychology, Research Design and Statistics, Propaganda and Persuasion, and a freshman seminar of his own design entitled ?Just Punishment?. He also served as Chair of the Institutional Review Board at Colgate and as Faculty Advisor to the Psychology Club. His students and colleagues there speak in glowing terms of the contributions that Kevin made to the department and to the school. He inspired students to pursue challenging theses and ambitious research projects; he championed both efficiency and collegiality in department decision-making; he provided humanity and practical suggestions in administrative capacities; he was a valuable resource for colleagues in thinking through the research design and statistical reliability of their own research and analysis. In 2001 Kevin married Alison Mathias, a Virginia native whom he had met in a swing-dance class at Princeton University. They have two daughters, Abigail and Julia. A devoted father, Kevin lavished attention upon ?his girls? as he affectionately referred to all three of them.

In 2010-11 Kevin was appointed as a Fellow of the Center for Advanced Study in the Behavioral Sciences at Stanford University. He relished the chance to introduce his wife Alison and his two young daughters to the splendors of the Bay Area, as well as the chance to collaborate with so many other social scientists. His cancer prevented him from utilizing the resources there to his full advantage, and his health declined significantly during his year there. During that same year, Kevin provided sensitive and compassionate care to his ailing mother Lyn while managing his own health issues, taking care of his family, and arranging his affairs.

Kevin was always thoughtful and deliberative. Gentle and kind, he retained a fierce desire to live coupled with a serene dignity in the face of death. Ever the researcher, he learned a remarkable amount about the disease that afflicted him and the potential solutions that existed. Even as he battled his own disease, he paid extraordinary attention to his ailing mother to make sure that she was well-cared for. We will miss his wise counsel; his delight in the achievements of his children; his keen insights into the human mind; and his enthusiasm for family, friends, psychology, and the outdoors.

In addition to his immediate family of Alison, Abby, and Julia, he is survived by his brother Chris Carlsmith and his family of Arlington, MA, and his sister Kim Sampson and her family of Orlando, FL.

Photo Gallery
0 photos Upload a photo
Remembrances
0 entries Submit a remembrance
Make a donation
In lieu of flowers or gifts, the family asks that photos, written anecdotes, and other memories be sent to the Carlsmith Family, 31 Berenda Way, Portola Valley, CA 94025, in order to help Abby and Julia remember Kevin in years to come.
About this site     Contact us