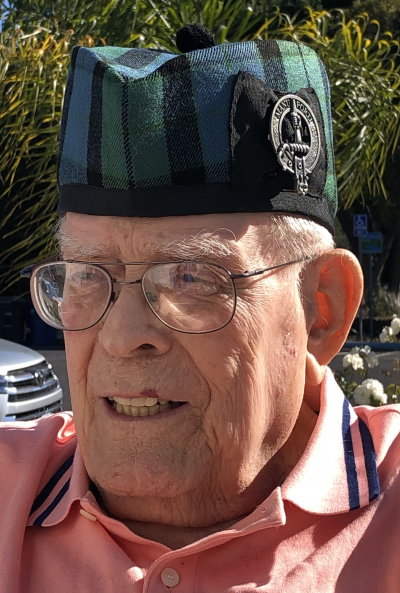 Karl Vonder Linden, son of Karl Sr. and Mary (nee MacKay) Vonder Linden, passed away from this world in peace on Aug. 1 while in hospice care at the Veteran’s Administration hospital at the age of 87 years.

Karl was a longtime resident of Menlo Park for 45 years where he raised his family and worked as a consulting geologist.

Born in 1935 and raised in Pittsburgh, PA Karl was from poor and humble beginnings and through hard work, patience and dedication achieved remarkable success in life. He was the first in his family to graduate from high school, and after serving with distinction in the US Army in Korea he subsequently completed his education with a BS (Mining Engineering) at the Pennsylvania State University and a Ph D (Geology) from Stanford University. His extensive professional career over five decades included mining engineering (coal and hard rock), seismology and performing geological field work in many areas of the country. He made significant contributions to the understanding of landslide behavior and was known for his expertise in ground stability. For his professional achievements he was elected a Fellow of the Geological Society of America.

Karl was an expert marksman trained by the US Army and his life-long interest in ballistics was further enhanced by his Life Membership in the Sunnyvale Rod & Gun Club where he enjoyed training young people, including scouts, on firearm use and safety. In addition, he worked as a volunteer docent at the Military Vehicle Technology Foundation (MVTF) in Portola Valley, CA where he conducted tours and served as a technical consultant. He enjoyed reading, camping, photography and woodworking.

Karl is survived by his wife Carol of 58 years, his daughter Joan and son Gary, daughter-in-law Silvia and grandson Emmanuel. Karl was raised a Methodist and converted to Catholicism in 2020.

Karl Vonder Linden was laid to rest on Aug. 8 at the Alta Mesa Cemetery in Palo Alto, CA. Although missed he continues to live in the memories of his family and dear friends.