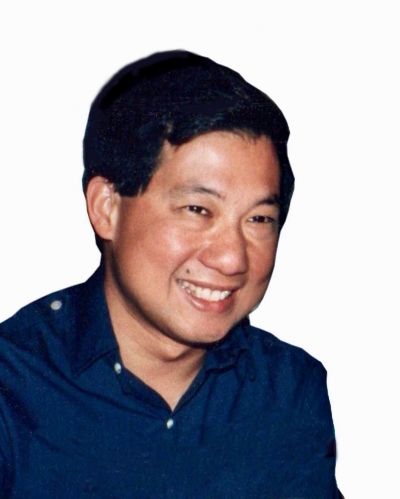 John was born and raised in San Antonio, Texas. He graduated with a Bachelors of Science degree in Marine Biology from the University of Texas at Austin and later went on to complete his Masters of Science in Geology at San Jose State University. John worked as a Geologist for 37 years with the majority at the USGS in Menlo Park. John was a voracious reader in his lifetime; he loved his books and periodicals. John was a military history and aviation buff. His love of planes probably grew out of his love for his dad, Lester Chin, who was an USAF training pilot. John loved attending airshows, including the annual Blue Angels, with his nephews. He communicated his love of planes, tanks and military strategies to his young nephews, who shared his passion. John was an avid football fan, loved hiking and boating. His work in Marine Biology afforded him many interesting travels and spending time on the ocean. John’s favorite vacations were on the scenic islands of Hawaii. John was a beloved brother and uncle; he will be missed. He will always be remembered for his kindness, gentleness and faithfulness in the Lord. Survivors include Milly Chin, Eleanor, Greg and David Bonner, Lili, Norm, Mark, Matthew, and Luke Jouppi, Nicole Lew and Chris Lew. Services have already been held at Alta Mesa Chapel in Palo Alto, CA.

Photo Gallery
0 photos Upload a photo
Remembrances
4 entries Submit a remembrance
From Sam Johnson
March 19, 2021
John was a dedicated scientist, lacking pretension, a valued colleague. Here is one memory. Just before his retirement, he and I were co-Principal Investigators (PI's) on a 3-week research cruise between San Francisco and Point Arena, collecting seim...
Read more
About this site     Contact us