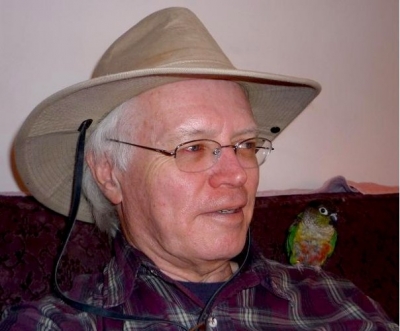 James “Jim” Soland passed away May 22, 2021 at the age of 77, after a long battle with kidney disease. He was being cared for by his daughter Bree and Bev Benson, his partner for more than 30 years.

Jim was born April 6, 1944 to the late Herbert and Irene Soland in Twin Falls, Idaho. Jim was the oldest of three boys; his brothers were Bruce and Barry. He was preceded in death by Bruce. Jim was married and divorced to Jeanie McKinney. Bree was their only daughter. Since 1990, Jim resided with his partner Bev Benson in Palo Alto.

Jim graduated from Arroyo High School in in 1962 and attended the University of Oregon as a mathematics major. In college, Jim followed his ancestral roots to Sweden, where he spent a year abroad. Back in the Bay Area, Jim worked as an engineer, developing, among other things, intersection traffic systems. He also worked at Applied BioSystems for several decades. Jim enjoyed art, dancing, and the outdoors, and throughout his life, he read and wrote poetry. After an early retirement, he and Bev enjoyed traveling abroad to countries such as Japan, France, and Turkey. Jim will best be remembered for his tremendous warmth and kindness. He was a very funny, loving and intelligent man and will be missed dearly by all who knew him. He is survived by: Barry Soland, brother; Bev Benson, partner; Hank Scotch, Bev’s son; Brian Soland, nephew; Melonie Soland Johnson, niece; Teresa Soland Rubio, niece; and several great nieces and nephews.

Photo Gallery
0 photos Upload a photo
Remembrances
0 entries Submit a remembrance
Make a donation
https://www.kidney.org/
About this site     Contact us