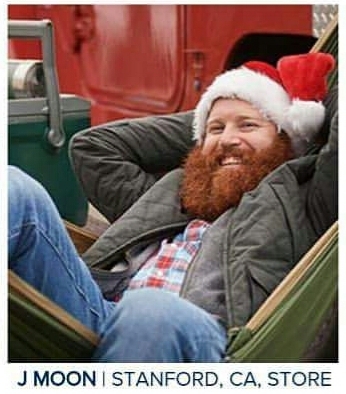 Making his premier appearance in Menlo Park on the sunny Sunday morning of Feb. 20, 1983, Jeremy-Winston Logan Moon, arrived on planet earth with the same dramatic flair that was the signature of his life, flying in to bounce twice on the bed, lift his head from his mom’s chest and flash her with the smile that captured many hundreds of hearts throughout his life.

As with any person of a unique mission, there were many high points and many special times. For his fifth birthday Jay-Dub chose to have his premier art show (his idea), for which 23 paintings were matted, an official announcement was printed and mailed (50 of them!), and the event was so much more memorable and meaningful than the typical pony or clown theme.

After setting parents rolling in the isles at an Encinal School talent show with his monologue of Robin Leach, mom recognized his joy and potential, and introduced him to the Palo Alto Children’s Theatre (PACT), where under the direction of Patricia Briggs and Michael Litfin, he developed some of the most critical skills for life, learning responsibility, working in cooperation, mentoring those younger, and developing craft skills like costume construction and design, set design and development, makeup, public speaking, and most critically, compassion.

In 1994 when the cottage was sold, J-W as he was then called, and his mom moved to Palo Alto continuing his education at JLS and then Palo Alto High School (PALY). He’d taken tap classes at Burgess Park with his mom when he was young, and had longed to dance ballet so with her encouragement and the theatre’s empowerment, he opened a door to ballet with the Pacific Ballet, dancing the Nutcracker at Mountain View Center for the Performing Arts for several years and spending a Summer with the Joffrey Ballet in New York City.

After graduating in the year 2001, he continued classes at Foothill College as a Graphic Design Major while continuing with dance and theatre.

PACT was his family beyond his bloodline, and his first job was working in tech at the theatre until changes in the program set him to looking beyond, to the community, for next steps. He spent several years at Z Gallery as their Gallery Specialist and from that time and for years after he volunteered to hang art shows at Pacific Art League where his shows received many accolades for his unique ability to make each entry stand out against all those with which it was surrounded.

From there he segued into retail and bartending where he enjoyed engaging with the public, helping people meet their needs, and found it an opportunity to help those through his open-hearted insightful thoughts and ability to really listen and say just the right thing to lift others up.

It was clear that he touched many. It was said that after talking with him for five minutes, you knew you had a friend for life. His memorials (2 were required as 400-500 people were anticipated) were so very appropriate to his history and his heart, and were attended by people from every stage of his life. His first teacher at the tender age of three, blessed us with her appearance, still as strong and gentle as when she came into his life and now a vision of life and love at 93. Kids from his preschool (now in their 30’s), PACT (kids and parents), teachers and students from Palo Alto Middle College, Pacific Ballet and many from each of his places of employment, turned out to meet the wonderful friends he knew, and to celebrate his life. He only knew wonderful people.

He slipped away without fanfare, quietly without goodbye, around noon on the last day of July 2019, as though truly he was just in another room, but as a very wise woman friend of his mom’s stated. “He isn’t dead. He’s on another mission.”

Evidence of him is everywhere, phones doing very curious things, songs suddenly surfacing in his mom’s head with a special message for someone, to select songs on public systems. There is no feeling he is gone, but still the realization that we won’t see him today.

J as he liked to be called (“just the letter J, no period”) is truly everywhere, in hundreds (possibly thousands) of hearts, in the positive changes he’s ignited in others, in mirroring the very best in others so they could see it in themselves.

He had so much to live for with a lovely lady in his life who arrived on his birthday, and so very many friends who loved him, that many were stunned, and even then he did what he did best, bringing friends together to bring out the best in each other.

He is survived by his mother (artist and joyful eccentric Elizabeth Lynn Moon), who at 36.5 years gave birth to this amazing human being and at just twice that age, learned he’d slipped away without a final hug. He gave great bear hugs (ask anyone), and she could have used one more. “ )

Photo Gallery
0 photos Upload a photo
Remembrances
0 entries Submit a remembrance
Make a donation
Molly Magee's where J lit up his place of employment, has kindly set up a GoFundMe page "to help to alleviate the financial pressure for J's family." https://www.gofundme.com/f/j-logan-moon?sharetype=teams&member=2680772&rcid=r01-156609241583-5d6d974345d44e1a&pc=ot_co_campmgmt_w&fbclid=IwAR3w7l3jjIjm5DZGlDl04ukULavENS0RLOVpkqsrH72TOeUG60OW1NjcuP4
About this site     Contact us