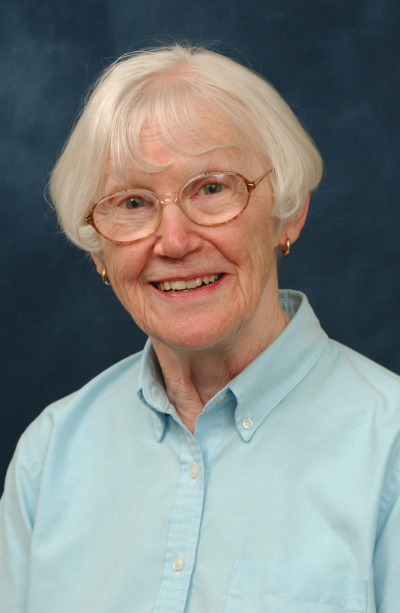 Jean Coyne, internationally-known executive editor of Communication Arts magazine, and cofounder and president of the Richard and Jean Coyne Family Foundation, died in her Palo Alto, California, home on Saturday, April 25. She was 94.

A highly-regarded professional journal for visual communicators, Communication Arts was established in Palo Alto, in 1959.

A native of St. Paul, Minnesota and raised in Eau Claire Wisconsin, Coyne’s original passion was for radio and she studied radio acting and writing at Antioch College, in Yellow Springs, Ohio. After a brief period at the University of Wisconsin/Stout, studying fashion design, Coyne studied art and design at Cornish School, now Cornish College of the Arts, in Seattle, Washington, where she met her future husband Richard Coyne (1926–1990) who cofounded Communication Arts.

From 1959–1968, Coyne served as editorial assistant to Richard, while raising their three children. From 1968–1978, she served as associate editor, writing several feature articles and managing the juried competitions that had become an important source of editorial content for the publication. In 1978, she became executive editor, a position she held until her death.

In 1990, Jean and Richard established the Richard and Jean Coyne Family Foundation to fund programs managed by educational institutions and non-profit trade organizations that help economically disadvantaged high-school students develop portfolios to qualify for admission to art school, and provide college scholarships for them to study visual communications. The foundation currently funds 24 programs across the U.S.

In 2002, Coyne was recognized as a Fellow by the San Francisco chapter of the AIGA (The Professional Association for Design) and received the AIGA Medal from the national organization in 2004.