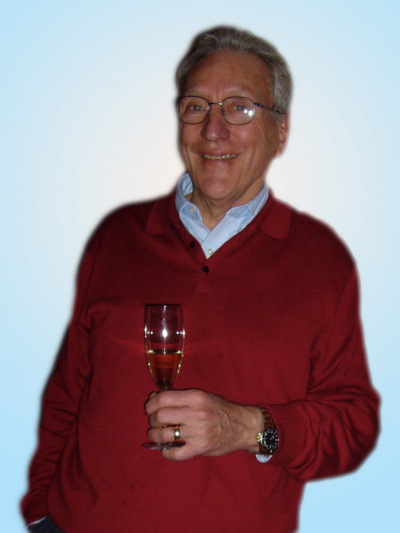 James (Jim) Paul Phillips was born on January 26, 1935 in Oklahoma. He passed on Wednesday September 22, 2021, after bravely battling MDS for four years.

Jim grew up with an RN mother who helped others well into her 80s, and engineer father, who passed when Jim was just 15 years old. Creative problem solving and hard work were a way of life, so an engineering degree from UT Austin suited him well. It was at UT that he met Alma, the love of his life, with whom he lived a full life, 63 years of marriage, and raised a family.

Jim’s career as an engineer took him to upstate NY, Texas, Turkey, Alaska, and landed the family in Palo Alto in 1972. His focus moved from engineering design to management and toward the end of his career he focused on bettering the workplace for those faced with discrimination. He retired as a VP from Lockheed Missiles & Space in 1994.

His second “career” was as a volunteer, working with a myriad of community organizations. Kiwanis Club, FCE, and Avenidas were the most recent recipients of his efforts. The friendships he developed in this work were deep and invaluable. While fighting MDS in the last years of his life, Jim continued to live by the credo of helping others. Please see the September 3, 2021 Palo Alto Weekly cover story article for a recent interview about his volunteer activities and motivations.

Jim loved to travel, hike & backpack, scuba dive, sail, read, and fix or improve things around the house in creative ways. There was always a project in the making! As a father (and later grandfather) he encouraged camping, hiking, scuba diving, backpacking, water skiing, body-surfing, car & home maintenance & repair, understanding science & math, and of course, making a positive difference in life whenever possible. He loved roller coasters and would spend the entire day at an amusement park going from ride to ride. He became a fan of Stanford Women’s Basketball, and also enjoyed Theaterworks, and Master Sinfonia.

Jim is survived by his loving wife of 63 years Alma, children Steve and Janet, grandchild Gabe, nieces & nephew, and cousins. He will also be missed by many a friend, mentee, fellow volunteer, retired co-worker, and neighbor.

Photo Gallery
0 photos Upload a photo
Remembrances
1 entry Submit a remembrance
From Bob Wenzlau
Oct. 9, 2021
Jim was a remarkable servant to Palo Alto, and a source of inspiration. Reading of his passing, and not have a chance to say goodbye, stings. Both Jim and Alma were an institution across the years. My strongest lens is through Neighbors Abroad, and...
Read more
Memorial service
A Celebration of Life will be held in November. Unfortunately due to the dangers of the pandemic and the sheer number of people Jim admired and was admired by, this event will be by invitation only. Please share your remembrances on Lasting Memories, a service of Palo Alto Online: https://www.paloaltoonline.com/obituaries/
Make a donation
Donations in memory of Jim can be made to any of these 501c3 organizations: Kiwanis Club of Palo Alto https://palo-alto.kiwanisone.org/ Foundation for a College Education https://collegefoundation.org/ Avenidas: Reinventing Aging https://avenidas.org/ Planned Parenthood Mar Monte https://www.plannedparenthood.org/planned-parenthood-mar-monte
About this site     Contact us