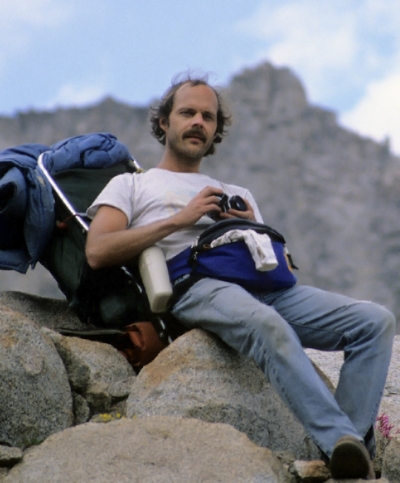 Jim made our lives better. His playful sense of humor kept our hearts warm and light. His gentle patience, humble integrity and unassuming manner strengthened us. And his calm, cool-headed approach to life's obstacles inspired us.

The youngest of seven children, Jim was born on July 7, 1955, to June Conrow Strong and John Matthews Strong in Glen Ellyn, Ill. The family moved in 1959 to the Palo Alto home that was their base camp for 33 years. Jim shared many adventures with his close-knit family, including camping, stargazing, Scouting, target shooting, fishing and photography. With his brother John he built an electric train diorama, flew RC planes with their dad, staged battles involving toy soldiers and Lincoln Logs, and built countless model ships and planes—putting the ships out to sea in the family pool and hanging the planes airborne from their bedroom ceiling. Jim also loved playing for the Liddicoat’s Little League team as well as J.V. and varsity soccer at Palo Alto High School.

Jim embraced his passion for gazing at full moons and distant stars, first as a child with toy planetariums and backyard telescopes, then as an adult exploring national parks with his cameras and helping NASA study the sun and moon.

We marveled at the meticulous eye and careful planning he brought to photography, especially when he captured the awe in natural scenes like a full moon rising over Yosemite and last August’s solar eclipse over Idaho. We also treasure memories of Jim’s affection for the Notre Dame Fighting Irish, his perfect 60-minute gravy, and his appetite for repairing salvaged treasures.

Jim received his bachelor's degree in mechanical engineering in January 1978 from Notre Dame University, then worked briefly on the AV-8B Harrier as a flight-test engineer at McDonnell Douglas in St. Louis. After migrating to NASA Ames Research Center in Mountain View at age 23, Jim served as test engineer/manager in nearly every wind tunnel at Ames. This included aerodynamic testing of Space Shuttle insulation tiles, testing supersonic parachute deployments for the Mars Science Lab and re-activation of the much-used Ames 9x7 feet supersonic wind tunnel.

Jim transitioned from aeronautics testing to spacecraft operations in 2007, becoming a flight controller for NASA's Lunar Crater Observation & Sensing Satellite. LCROSS confirmed the presence of water ice on the lunar surface when it hit its lunar target in October 2009. Most recently, Jim was the Ames project and mission operations manager for NASA's Interface Region Imaging Spectrograph satellite. IRIS observes the solar atmosphere to help explain what causes ejection of solar material—including coronal mass ejections that cause the space weather that can disrupt Earthbound electronics.

That Jim loved his career was evident to all those he shared, mentored and worked with. He was approaching his 39th anniversary at Ames at the time of his death on January 28, 2018, during a fire in his Santa Clara home. He was preceded in death by his parents, and he is survived by his six siblings—Jean Hurrle, Martha Strong, Frances Strong and husband Tom Williams, John Strong Jr., Barbara Mitchell and husband Fred Mitchell, and Mary Strong—along with eight nieces and nephews and many friends and colleagues who were looking forward to many more years of enjoying his presence in their lives. We will dearly miss him. 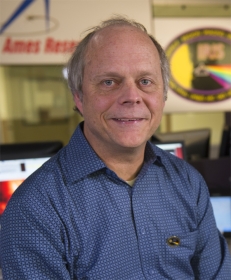 Remembrances
8 entries Submit a remembrance
From Jennifer Hall
Jan. 19, 2019
When I didn't hear from you at Christmas, I knew something was wrong. I can't believe almost a year has passed and since you left, and I did not know. Goodbye dear friend. I remember all our times together since we met in 1981. I am so glad I made it...
Read more
Memorial service
A man who loved life, Jim would want us to feel happiness when we think of him. A celebration of his life was held March 7 at NASA Ames Research Center, where colleagues, friends and family shared their memories of Jim and his remarkable character.
Make a donation
In memory of Jim, consider making a donation to a charity of your choice in Jim’s name, hugging a loved one or savoring the vast, dark night sky.
About this site     Contact us